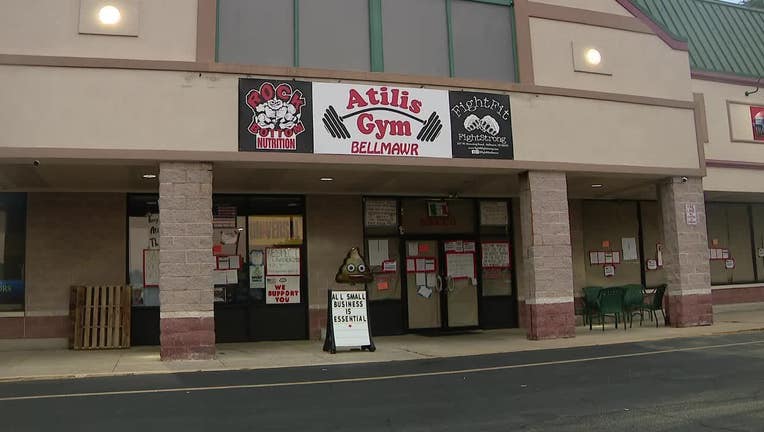 NEW JERSEY - The co-owner of a gym in New Jersey who refused to close during the pandemic is offering free memberships to those who don't get vaccinated.

Ian Smith of Atilis Gym in Bellmawr took to Twitter to announce the offer:

"In light of @krispykreme giving free donuts for receiving the CVD shot, here at @TheAtilisGym we are giving out free memberships to all who don’t get vaccinated. We believe in health - the real way - exercise, good diet, plenty of Vitamin D, Zinc, and an environment to destress."

RELATED: Krispy Kreme offering free doughnut a day to anyone with COVID-19 vaccination for rest of 2021

A judge ordered the state health department to put locks on the doors or put up barriers to ensure compliance.

Smith received a mixed reaction to his offer online, with some praising him for taking a stance against mask wearing while others criticized him for putting lives in danger.

"I’d rather get vaccinated and work out at home. It’s obviously much more safe than being snywheee {sic} near you," wrote Grace0715.

"Hmmm. I had to get vaccinated due to my father’s & father-in-law’s cancer in order to safely be around them, but that’s not health "the real way"?" wrote MrsPHoller.

The gym opened its doors in May, starting a legal battle over whether Gov. Phil Murphy’s order for non-essential businesses to remain closed was constitutional. It continued to operate despite receiving summonses each day for violating the state order. Crowds of people often showed up to show their support for the gym.