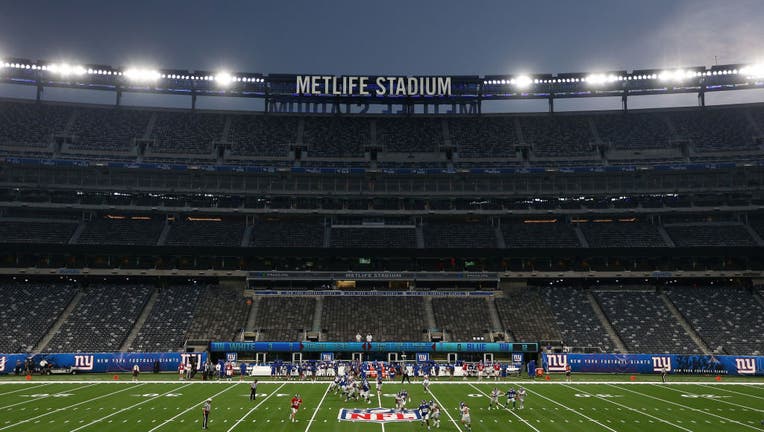 General view of the Blue and White scrimmage at MetLife Stadium on August 28, 2020 in East Rutherford, New Jersey. (Photo by Mike Stobe/Getty Images)

For the third time in the last four season openers, the New York Giants will have a different head coach, and “different” is the operative word in 2020.

The 2020 Giants have a different coaching staff, a different starting quarterback for the home opener for the first time in 15 seasons, a different approach to discipline and the biggest “different” everyone will see in their opener, the Giants will play in an empty Met Life Stadium with no fans in the stands due to COVID-19.

When Big Blue takes the field they will have the youngest head coach-quarterback tandem in the league, with Rookie NFL Head Coach Joe Judge at 38 years old, and second-year quarterback Daniel Jones, who is 23 years old.

Compare that to Mike Tomlin, who is starting his 14th season as head coach of the Steelers and quarterback Ben Roethlisberger who is now in his 17th season in Pittsburgh. Don’t underestimate that continuity as an advantage for the visiting team.  Plus, of the 22 Steelers starters, 19 of them are returning from last year. 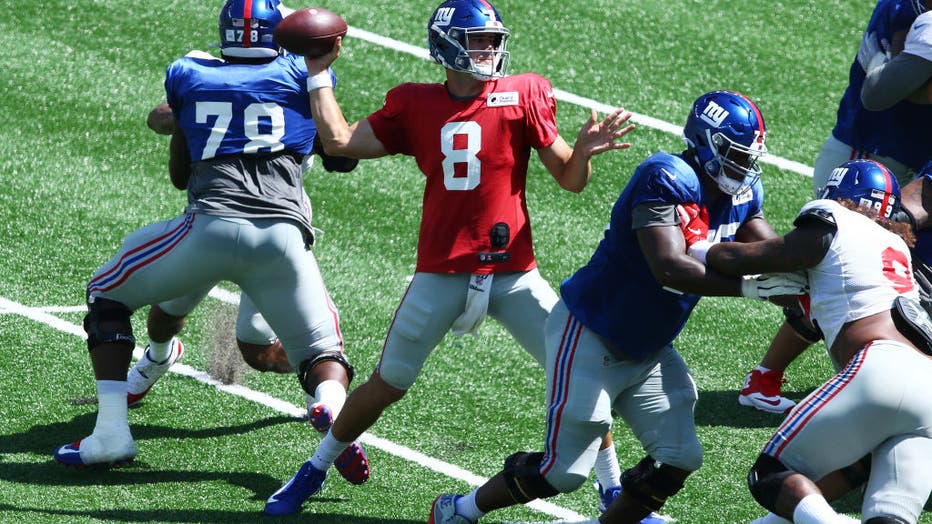 Daniel Jones #8 of the New York Giants throws a pass during the Blue and White scrimmage at MetLife Stadium on September 03, 2020 in East Rutherford, New Jersey. (Photo by Mike Stobe/Getty Images)

The Giants will boast one of their youngest teams in years, but with that comes several first-year players taking on critical positions. But one player you can be confident with despite his youth is starting left tackle, Andrew Thomas. The Giants' number one draft pick, selected fourth overall out of Georgia, does bring big-game experience, size, and great mobility.

He has shown in practice his ability to use his athleticism and length to overcome any mistakes he might make at the line.  And not only will Thomas be the most critical player on the offensive line to keep Jones upright, but he’s expected to create holes for star running back Saquon Barkley.

Expect to see more of Barkley in new Offensive Coordinator Jason Garrett’s offense.  An example would be how the Cowboys used Ezekiel Elliot under Garrett as head coach. Barkley could see up to 27 touches a game if the Giants are getting production from the run game.

And establishing the run will be important if the Giants want to open with a win. Pittsburgh led the NFL with 38 takeaways last year with stud OLB  T. J. Watt forcing 8 fumbles. With Daniel Jones’ trouble protecting the ball in his rookie season, expect the Steelers to send Watt straight for Jones on blitz packages. But Jones says he’s ready for this, putting on almost 10 pounds of muscle and working on his ball protection all leading up to this unprecedented season opener, with no preseason games for any type of tune-up. 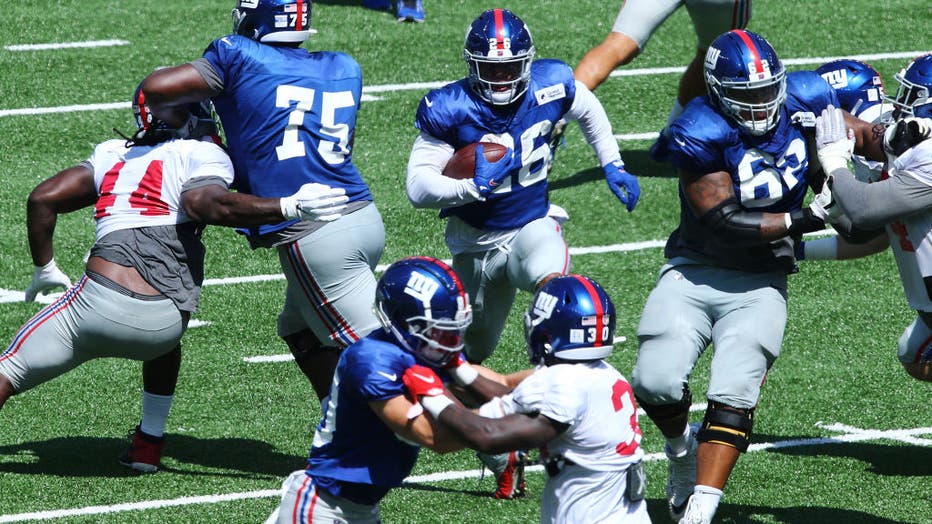 Saquon Barkley #26 of the New York Giants runs the ball during the Blue and White scrimmage at MetLife Stadium on September 03, 2020 in East Rutherford, New Jersey. (Photo by Mike Stobe/Getty Images)

But from the intense practices Joe Judge conducted, and the three scrimmages the team was able to play during the shortened training camp, there was quite an unexpected bright spot to emerge, and someone to definitely look for on Monday night, rookie cornerback, Darnay Holmes. The Giants' fourth-round draft pick out of UCLA is the son of former NFL player, Darick Holmes.

Against the Steelers, a key to limiting their offense is disrupting Roethlisberger. So the Giants secondary will have to apply pressure to give the pass rush more time to get to Big Ben. That’s where Holmes comes in. During camp, he would have multiple pass breakups daily and has an ability to get to the ball.

Plus, Holmes’ speed and athleticism allows the Giants to use him in the slot or CB position. He’s created a gritty persona on the field … something Giants fans have yearned for since the smash mouth era of Giants defenses of years gone by.

Kickoff between the Giants and Steelers is 7:10 pm … Monday Night!