An on-duty MTA bridge and tunnel officer driving an SUV hit a utility pole and crashed through a fence on Staten Island.

NEW YORK - An MTA Bridges and Tunnels officer behind the wheel of a patrol vehicle has been hospitalized after a serious crash in a residential neighborhood near the Verrazzano-Narrows Bridge on Staten Island on Friday afternoon.

The marked SUV jumped the curb on Narrows Road North near Clifton Avenue, knocked down a utility pole, crashed through a residential property fence, destroyed an outdoor structure, and landed upside down in the backyard of a multifamily house in the Concord section, according to officials and video from the scene.

A resident of the house, Timothy Revithas, said he saw the SUV, with its emergency lights flashing, driving along Narrows Road and then go out of view.

"I hear his tires skidding and then like a second of silence and then a loud crash," Revithas said. "I go upstairs to see his car flipped over in my backyard."

Revithas said he and some others got the officer out of the damaged SUV and brought him to the street.

An MTA Bridges and Tunnels officer was hospitalized after the officer's car crashed through a fence and landed upside down in a residential backyard on Staten Island.

EMS responded and brought the officer to Staten Island University Hospital in stable condition, the NYPD said. The officer was being treated for leg and hip injuries.

The MTA confirmed that one of its officers was involved in a "motor vehicle accident" just before 1:30 p.m. but said the NYPD is leading the investigation into what happened. 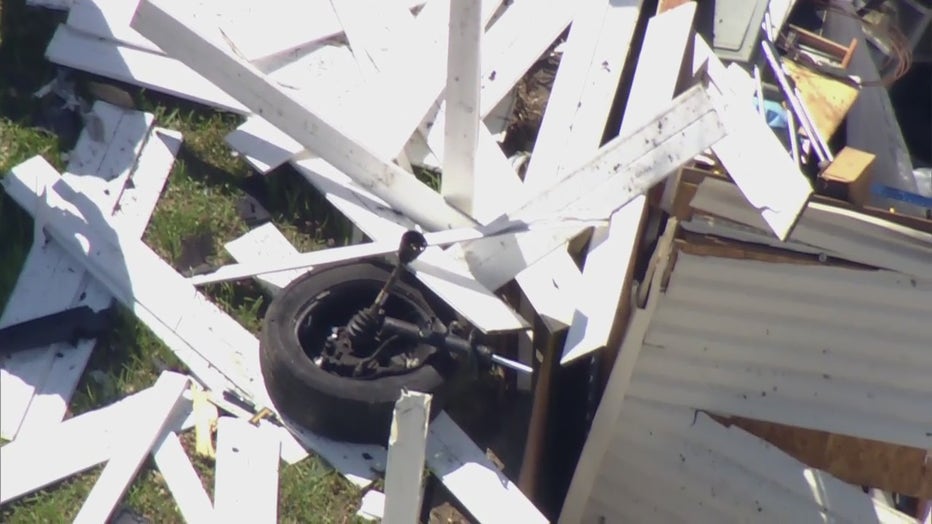