Amtrak and the MTA have made a deal to rehab and improve rail infrastructure in the New York area.

NEW YORK (AP) - Two rail projects considered key components of the planned transformation of the New York area's commuting landscape got a boost Monday with the announcement of an agreement between Amtrak and the Metropolitan Transportation Authority, major transit players that haven't always aligned on funding issues.

Both sides credited Democratic New York Sen. Chuck Schumer, a longtime public transit advocate, for getting a $30 billion federal rail account included in the recently passed bipartisan infrastructure bill and for leveraging that to broker an agreement on advancing the Penn Access and East River tunnels projects.

Both projects had progressed fitfully in recent years as the MTA and Amtrak couldn't agree on dividing up the costs, particularly for the tunnels, which are owned by Amtrak but are used heavily by the MTA-operated Long Island Rail Road.

"The glue that put all this together was the $30 billion in the bill," Schumer said. "Now, both Amtrak and the MTA will proceed ASAP on these critical projects." 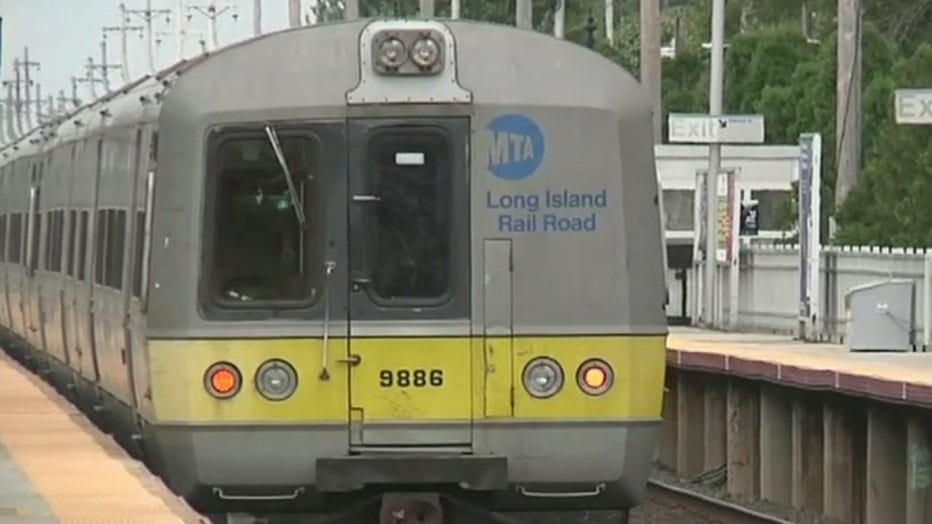 The money will help Amtrak commit $500 million toward upgrading rail lines north of Manhattan to allow MTA-operated Metro-North trains from the northern suburbs that currently go to Grand Central Terminal to also go to Penn Station on Manhattan's west side. Currently, Metro-North commuters who work on the west side often must take two subways from Grand Central to get to work.

In exchange, the MTA will put $432 million toward rehabilitating Amtrak-owned tunnels under the East River that connect rail lines from Manhattan to Queens and Long Island. Though they often receive less attention than the Hudson River tunnels connecting New York and New Jersey, which are part of an $11 billion project that will build a new tunnel and rehabilitate the existing century-old tube, the East River tunnels also sustained saltwater damage from 2012's Superstorm Sandy. Delays there affect hundreds of thousands of daily commuters from Long Island.

The rehab is expected to take about two years and cost a total of about $1.2 billion, Amtrak Chairman Tony Coscia said Monday.

"This is what we all want to be doing: getting more transit service by expanding these rail lines we already have," Lieber said. "We don't always have to build a new rail line. This project shows we can get more transit out of existing infrastructure."

While suburban commuters will benefit from the access to the west side, officials said Monday the big winners will be Bronx residents, largely minorities and many economically disadvantaged, who currently live in a transit desert. The new stations will cut their travel time to Manhattan significantly, and will make it easier to get to nearby medical centers.

"Those in the east Bronx who have unjustifiably been given the short end of the stick on their transit options, that will finally be fixed," Coscia said.

The two projects are part of a constellation of large-scale rail improvements in the region over the next decade that includes the new Hudson River tunnel and an associated replacement of a century-old rail bridge in New Jersey; tunnels connecting the Long Island Rail Road to Grand Central, scheduled to open next year, and the transformation and eventual expansion of aging and unsightly Penn Station.