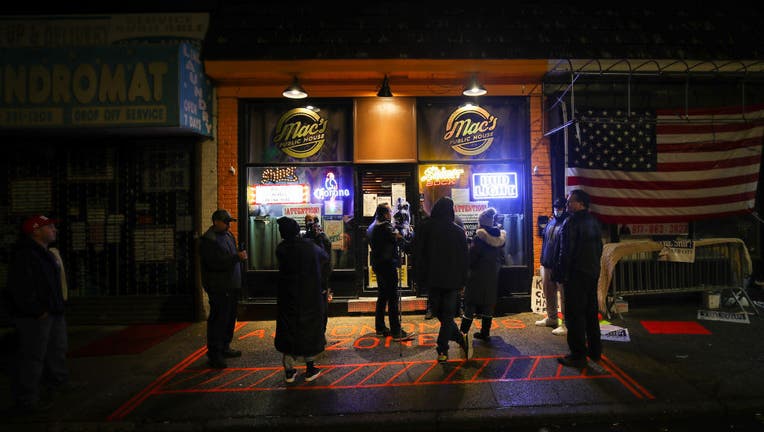 New York - A lawyer for the Staten Island bar that became infamous for defying New York's coronavirus restrictions says criminal summonses against the bar's owners have been dropped.

Mac's Public House was hit with over $40,000 in fines and criminal summonses for refusing to close the bar, despite it being in a restricted area due to COVID.

"The city has dismissed every criminal summons they wrote on the night of Dec. 2 when the sheriffs came crashing into Danny's bar and Keith's bar and wrote over 25 criminal summonses to various people in the restaurant," said attorney Louis Gerlormino. "Every one of those cases was dismissed by the city today."

The owner of the Staten Island bar was handcuffed and taken away.

Members of the sheriff's office arrested owner Danny Presti for obstruction of governmental administration after they witnessed multiple people entering and remaining inside the pub in the Grant City neighborhood. Presti was taken to the sheriff's office and released after being issued appearance tickets.

"As soon as those civil matters are cleared up, I believe  Danny and Keith will be opening the bar in a legal manner as soon as they can right after we're heard legally," said Gelormino.

Presti has said he declared the bar an "autonomous zone" making it free from public-safety restrictions. A sign on the door read: "We refuse to abide by any rules and regulations put forth by the Mayor of NYC and Governor of NY State."

Supporters say there is no science to back the closing of the establishment to stop the spread of the virus. 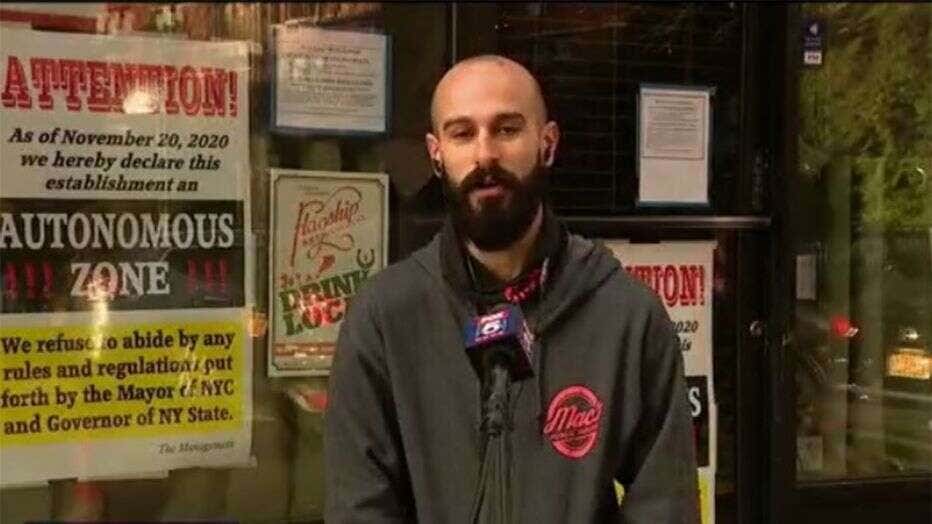