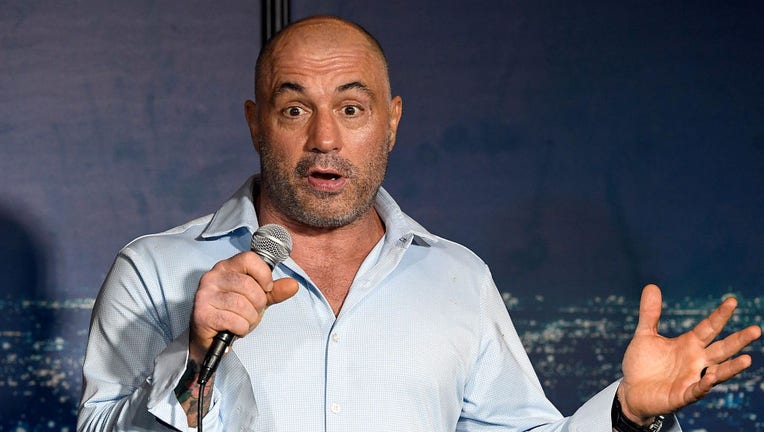 NEW YORK - The Joe Rogan Experience was not available to be accessed on Spotify, according to multiple reports.

It was not clear why the podcast was missing.

The show briefly disappeared on Friday, according to the Independent, but Spotify blamed technical issues.

LAD Bible reported that users were unable to find episodes of the controversial podcast on both the iPhone and Android apps, as well as on the web player.

Spotify airs the popular podcast, "The Joe Rogan Experience," where, in December, the comedian interviewed Dr. Robert Malone, an infectious disease specialist who has become a hero in the anti-vaccine community. Malone has been banned from Twitter for spreading COVID misinformation and has falsely suggested that millions of people have been hypnotized into believing that the vaccines work to prevent serious disease.

Report: Spotify lost over $2B after Neil Young pulls music

Rogan is one of the streaming service’s biggest stars, with a contract that could earn him more than $100 million.

The company's CEO had previously said that Spotify will not be "silencing" Joe Rogan after a video compilation later came out of him repeatedly using the "n-word" surfaced.

Many people were calling on the platform to censor the former "Fear Factor" host’s podcast, "The Joe Rogan Experience," over the now-viral video. Those who have previously been critical of Rogan’s vaccination comments also piled on to the criticism.

Joe Rogan apologized for using the racial slur, calling them the "most regretful and shameful thing that I've ever had to talk about publicly."