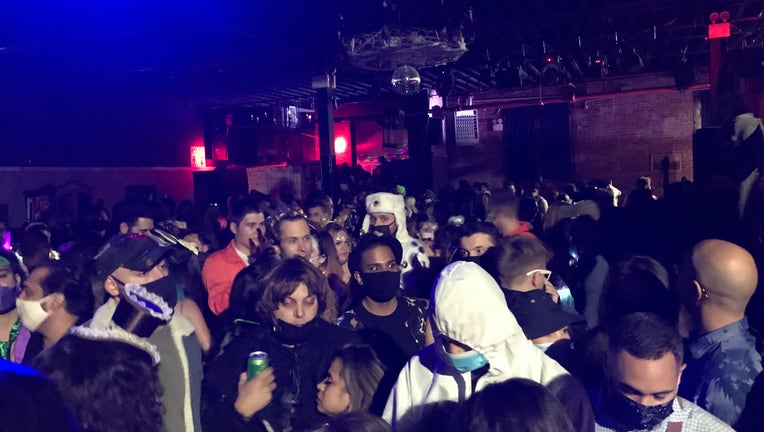 The New York City Sheriff's Office shut down an illegal party with nearly 400 people in Brooklyn.

Authorities say that at least 387 people were at the party, located at 23 Meadow Street in East Williamsburg.

Nine of the party's organizers have been charged with multiple misdemeanors and health violations after violating the city's coronavirus restrictions.

NYC Sheriffs have bused several parties across the city's outer boroughs in the last few weeks, including an illegal warehouse party last week in Flushing and another illegal party in South Ozone Park with over 200 people in attendance two weeks ago.