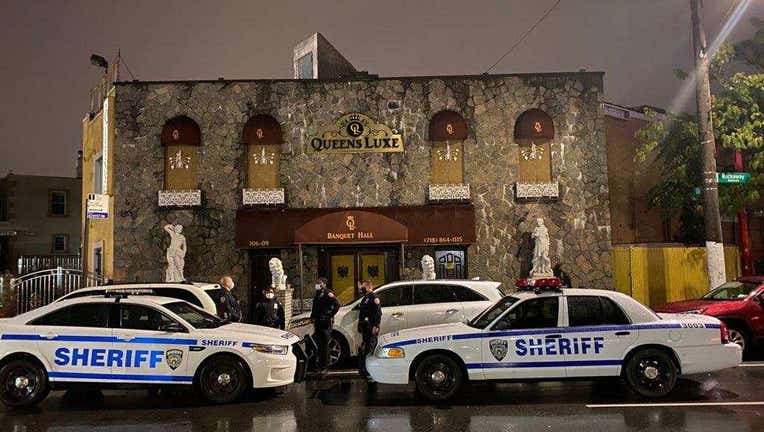 The NYC Sheriff shut down an illegal party being held at the Queens Luxe Banquet Hall in South Ozone Park. Credit: @NYCSHERIFF

NEW YORK - The New York City Sheriff's Department said they shut down an illegal party of more than 200 people who were violating pandemic restrictions at a catering hall in South Ozone Park.

Revelers at the Queens Luxe Banquet Hall early Saturday morning were not social distancing or wearing proper face coverings, according to authorities.

A call to the hall seeking comment was made Sunday.

New York guidelines allow indoor arts and entertainment spaces to operate at 25% of venue capacity and require people to wear a face covering except when eating or drinking.

Since August, the NYC Sheriff's Department shut down several illegal parties, including a rave with over 100 people attending it in Queens last week and a pair of illegal raves with nearly 300 people in attendance in Brooklyn.