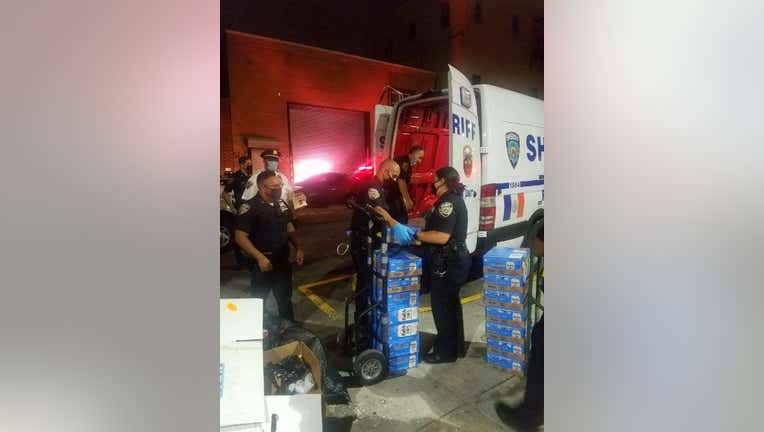 The parties, located just blocks away on 47th Street and on 51st Street, had nearly 300 people gathered indoors in violation of New York's indoor gathering limits.

The organizers of both parties were arrested and charged with breaking multiple alcohol beverage control laws and local emergency laws in place due to the coronavirus pandemic.

Just a few days ago, Mayor Bill de Blasio had announced that the city was going to ramp up its COVID-19 testing efforts in Sunset Park after an “alarming” spike in cases.