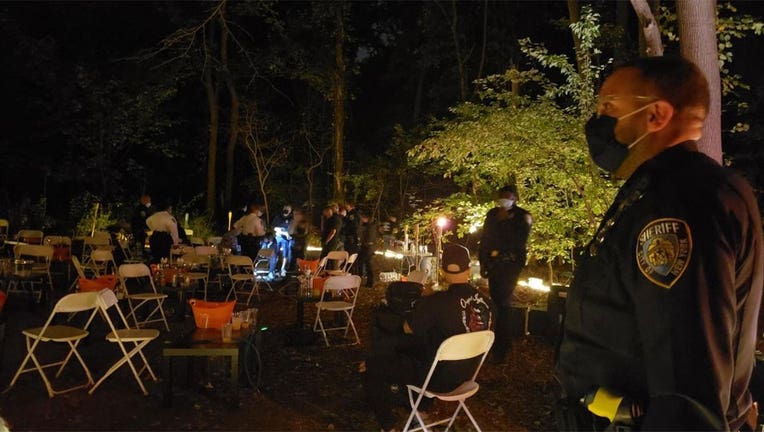 NEW YORK - An illegal rave in a Queens park was busted over the weekend.  Deputies with the New York City Sheriff's Office decended on Cunningham Park in Fresh Meadows early Sunday morning.

According to authorities, the rave had more than 110 attendees and featured a DJ, tables, chairs, a bar, food service, hookah attendants, lighting, torches, and security personnel.

Images released by the agency showed a large set-up with tables surrounded by chairs and service stations.

Four organizers of the event were charged with multiple criminal, park, and health offenses.  Their names were not immediately available.

The area is just outside one of the so-called red zones in the city that have restrictions in place due to a spike in COVID-19 cases.

New York City has been taking new, stronger steps to stop a possible second wave of coronavirus infections in the city, locking down several hot spots in Brooklyn and Queens and threatening fines for New Yorkers caught not wearing masks. 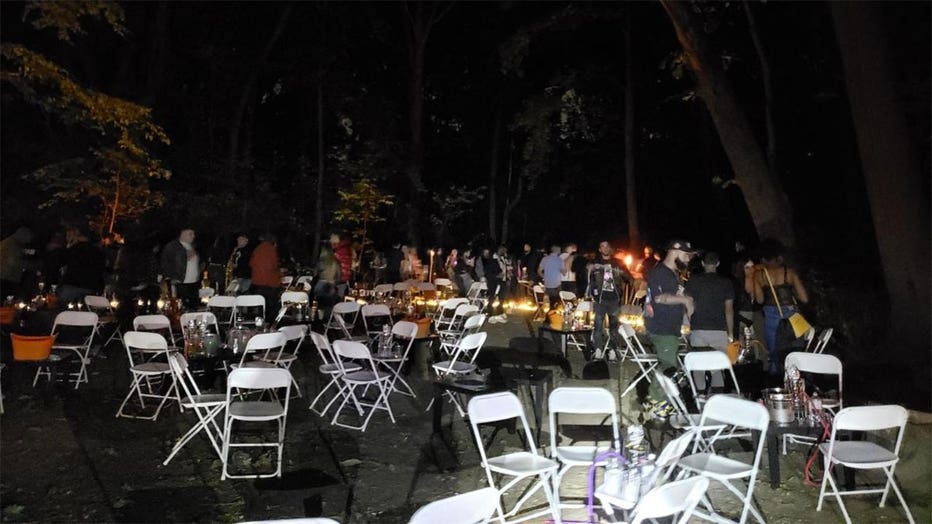 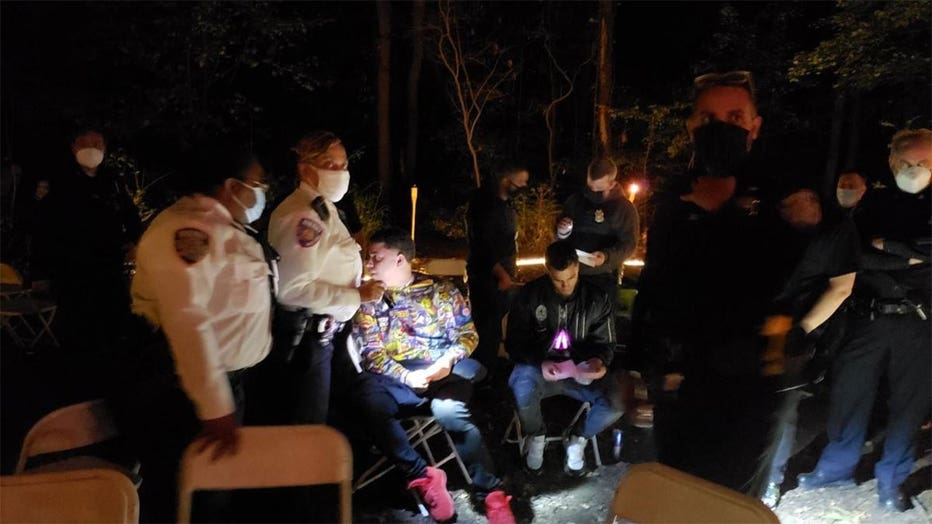 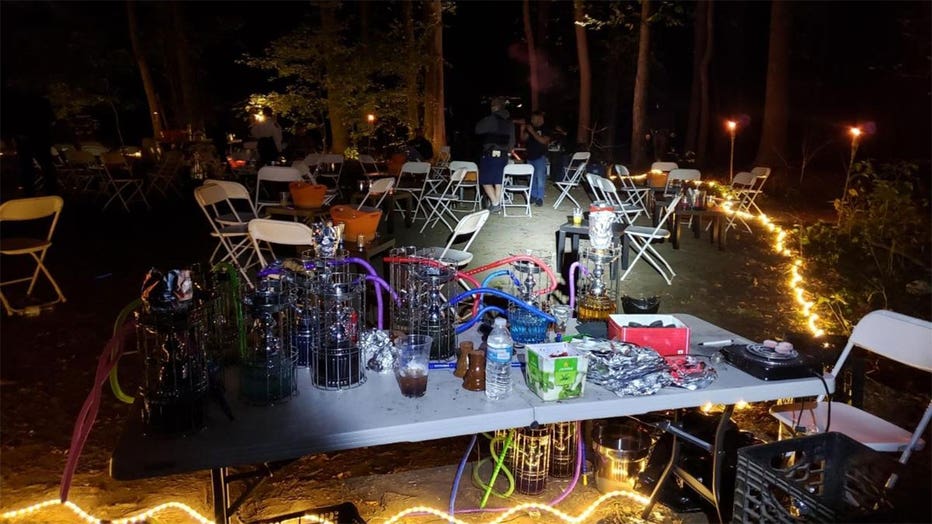