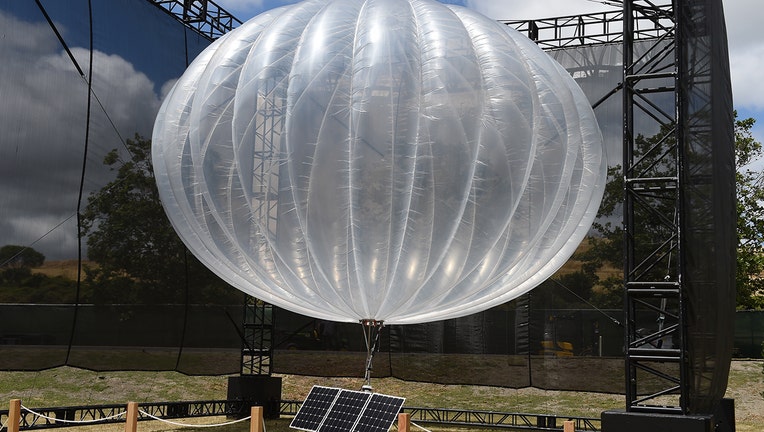 A balloon of Google's "Project Loon" to supply remote areas with Internet connections is seen at the developer conference Google I / O in Mountain View, California, 21 May 2016. (Photo by Andrej Sokolow/picture alliance via Getty Images)

NEW YORK - Google's parent company is giving up on a project to provide internet in hard-to-reach places by delivering it via balloons in the stratosphere.

Project Loon planned to provide access to a billion people across the globe who still don't have the internet.

Alphabet announced the project in 2013 to build a ring of balloons flying around the globe.

Alastair Westgarth, the CEO of Loon announced the closure in a blog post on Thursday.  He says they could not figure out a way to get the costs low enough to build a sustainable business.

The test balloons that the company launched provided speeds similar to current LTE/4G networks over a ground area about 80km in distance.  The balloons were powered by solar panels during the day and a rechargeable battery during the night.

Two of the balloons were used over Puerto Rico after Hurricane Maria to provide internet access after phone towers were knocked down in the storm.

The balloons were designed to last for hundreds of days in the stratosphere.  The record for flight duration was 300 days, according to the Loon website.

The balloons were sometimes mistaken for UFOs, as happened in the Democratic Republic of Congo last year.