NEW YORK - New York City's Open Storefronts program is supposed to help small businesses get back on their feet amid the economic crisis caused by the coronavirus pandemic.

"We have literally been on the blocks where these businesses are," Small Business Services Commissioner Jonnel Doris told FOX 5 NY. "We've talked with them, conducted webinars, did trainings."

Despite those efforts, many business owners still have mixed feelings about the program.

Khadija Tudor, who owns Life Wellness Center in Bedford-Stuyvesant, didn't formally sign up for it but set up shop according to city guidelines.

"I was familiar with it, but thought it was more for restaurants," Tudor said. "What I did understand as a business owner during this crazy time is that we needed to be seen."

About 40,000 small businesses are eligible for the program, which was launched in late October and allows them to utilize some of their sidewalk space for outdoor shopping. So far, only 563 have applied.

The Craft Studio on the Upper East Side signed up to draw in more customers.

"We're an experiential-based business so this program has allowed us to see kids safely outside so they are still able to craft and complete projects," owner Lindsay Peers said.

Doris mentioned that some businesses don't know about the program and others haven't signed up because they're afraid of another shutdown. 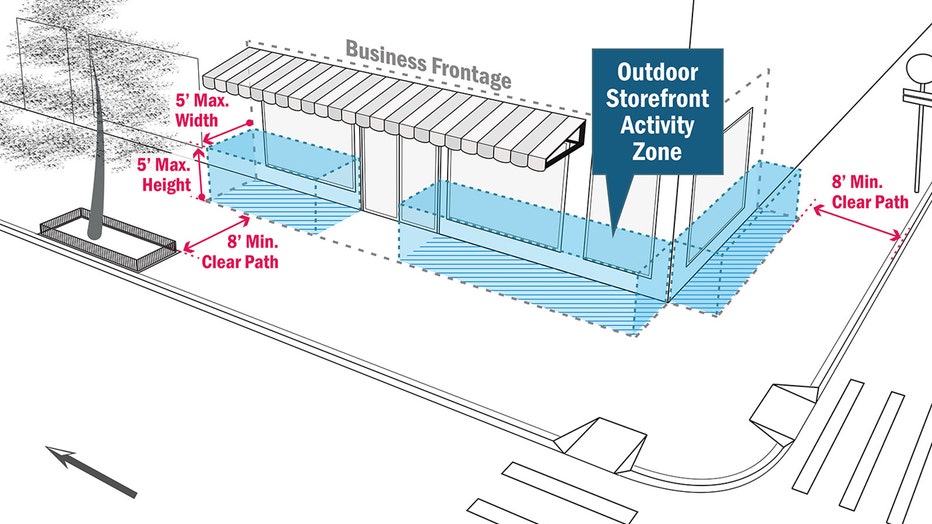 However, City Councilman Mark Gjonaj said about a third of small businesses could close for good without additional relief.

"I call on the mayor to immediately announce a plan that would provide much-needed grants and zero-percent-interest loans, delay payment of certain business taxes and reduce burdensome government regulations until the pandemic has subsided," Gjonaj said in a statement.

Until then, business owners are hoping that community support will help them get by.

"That's the strongest part of this space because our community understands that this is a neighborhood and we need each other," Tudor said.