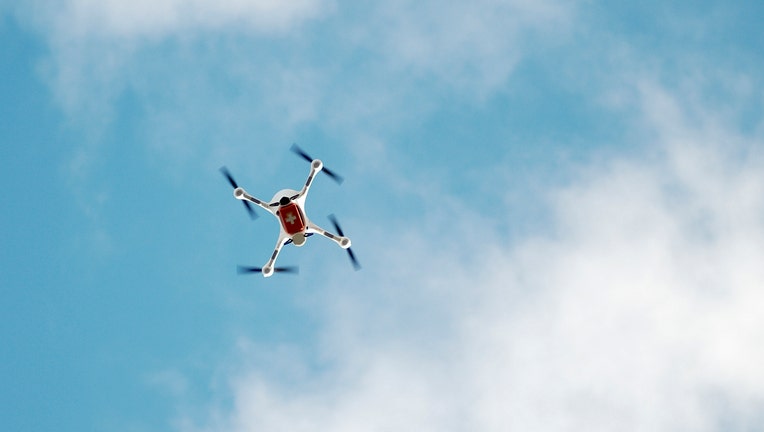 A drone with a case of medical material flies during a demonstration near the Labor Berlin lab in Berlin, Germany, Monday, Nov. 23, 2020. (AP photo)

BERLIN (AP) - A German lab is hoping to cut the time it takes to send coronavirus tests across Berlin by using drones, thereby avoiding the capital's clogged roads.

California-based company Matternet is currently testing drone deliveries between a hospital and Labor Berlin, one of the largest laboratories in Europe.

The route from the hospital to the lab is about 11 kilometers (7 miles) as the drone flies, and officials expect to cut standard delivery times from about an hour to around 10 minutes when service on the route begins in January.

Eventually, the hope is that drones will provide regular deliveries to the lab from six points around Berlin, shaving vital minutes off the turnaround time for COVID tests. 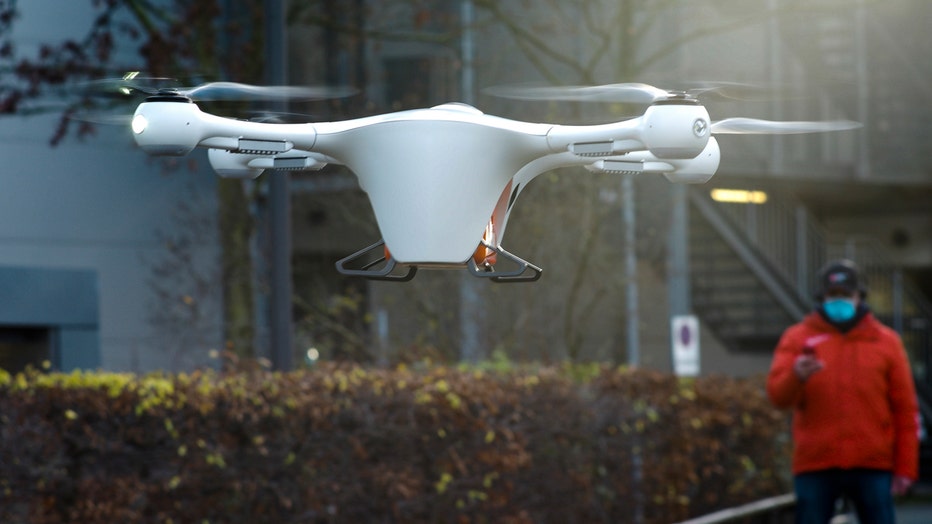 A drone operator monitors the automatic landing of a drone near the Labor Berlin laboratory in Berlin, Germany, Monday, Nov. 23, 2020. (AP photo)

"The whole topic of 'time to the result' is really important, especially when there is the suspicion of an infection," said Klaus Tenning, who is leading the project for Labor Berlin. "You want to identify the person and get the result as soon as possible so that the person can self-isolate or be able to just continue with normal daily life."

Each route will be served by two drones that can theoretically fly 24 hours a day. The batteries in the drone simply get switched when they are running low, eliminating charging time.

Each drone can carry about 40 samples. It won't just be COVID tests that are transported, but any samples that need to be examined in a lab.

"We said from the start that this would be a working project," Tenning said.

According to Germany's disease control agency, the Robert Koch Institute, 175 laboratories in Germany have a combined COVID-19 test capacity of 307,000 tests per day. 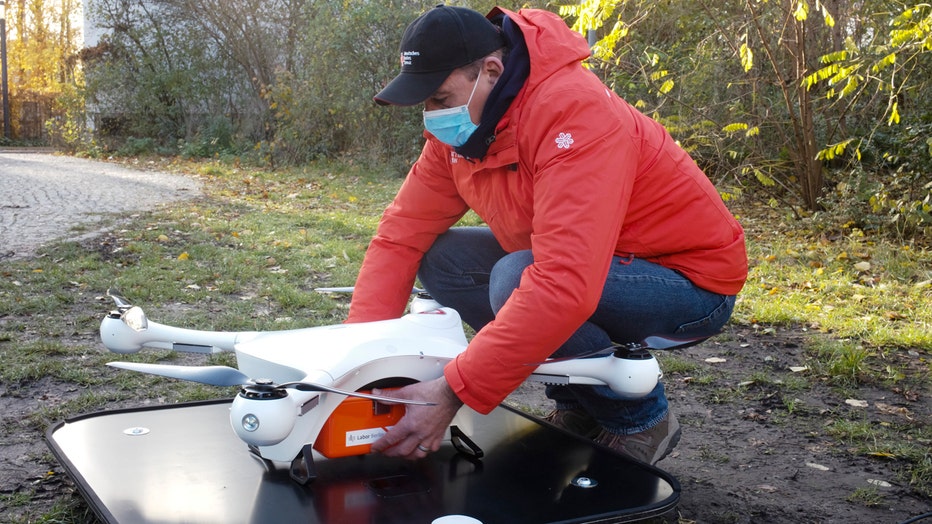 Drone and logistic operator Peter Trempeck loads a case onto the underside of a drone near a lab in Berlin, Germany, Monday, Nov. 23, 2020. (AP photo)

Each week over a million standard PCR tests for COVID-19 are carried out, some at designated test centers but also in doctors' practices and at hospitals. Tenning thinks there's room for improvement when it comes to delivering samples from some testing sites to the labs.

"An emergency situation like a pandemic can bring about faster change and innovation," he said.

Matternet is already running similar drone delivery systems in Switzerland and the United States, but Berlin will have the first such system in the European Union. The company is waiting for new drone regulations to come into effect on Dec. 30 before starting regular operations.

Should an engine unexpectedly fail, the drones have a parachute. They can also detect other aircraft, such as helicopters, and the control center will be connected to helicopter operations to avoid a drone flying in the same area.

But for the most part, the drones are fully autonomous.

"They start themselves and follow a predefined route and then they land autonomously at the destination," said Alex Norman, Matternet's project manager.

The next phase of the coronavirus pandemic will likely begin when vaccines become available. At this stage, there are no concrete plans to use drones to ship vaccine shots, but it could be a possibility in the future, he said.

Matternet is developing temperature-controlled cases that could also provide the very cold storage that some vaccines need, he said.