Tension over reopening the states

Even as the death toll from the coronavirus continues to rise, President Donald Trump seemed to send mixed signals about what he thinks are his powers for ordering the state's to reopen their economies and lift their restrictions. Gov. Andrew Cuomo said the president has been talking like a king and not an elected leader.

NEW YORK - New York Gov. Andrew Cuomo took to morning TV shows Tuesday to push back against President Donald Trump's claim of "total" authority to reopen the nation's virus-stalled economy, noting that a president is not an absolute monarch.

"We don’t have a king," Cuomo said on NBC's "Today." "We have a president. That was a big decision. We ran away from having a king, and George Washington was president, not King Washington. So the president doesn't have total authority."

The Democratic governor, whose state has become the epicenter of the coronavirus pandemic in the United States, was reacting to Trump's assertion Monday that "when somebody is president of the United States, the authority is total."

When asked on CNN's "New Day" what he would do if the Republican president ordered him to reopen New York's economy, Cuomo said, "If he ordered me to reopen in a way that would endanger the public health of the people of my state, I wouldn't do it. And we would have a constitutional challenge between the state and the federal government and that would go into the courts and that would be the worst possible thing he could do at this moment."

The governor later reiterated his statements at his daily briefing.

"His proclamation is that he would be king, that's what a king is," Cuomo said at the briefing. "A king has total authority. That statement cannot stand."

Trump made his comments in reaction to moves by governors on both coasts Monday to form multi-state compacts to coordinate reopening society amid the global pandemic.

More than 10,000 people in New York state have died from the coronavirus, Cuomo reported Monday.

>Trump reverses course on power to 'reopen' states amid virus

New York City's once-overwhelmed 911 system is now seeing a more normal volume of medical calls, a sign the crisis could be ebbing and people are heeding messages to call only in a life-threatening emergency.

The fire department, which runs the city's EMS system, said it received 3,932 calls requesting ambulances Sunday, down from a record high of 6,527 on March 30. The average volume last March and April was just over 4,000 calls.

Sunday was the sixth straight day that the city's medical call volume was lower than the previous day. Numbers for Monday will be released later Tuesday.

The fire department said it’s too early to know exactly why volume has dropped.

At the peak, operators were answering four new calls a minute.

The fire department said the heavy volume of coronavirus patients had been pushing response times for the most serious calls to an average of more than 10 minutes, up from about 6½ to 7 minutes under normal circumstances. 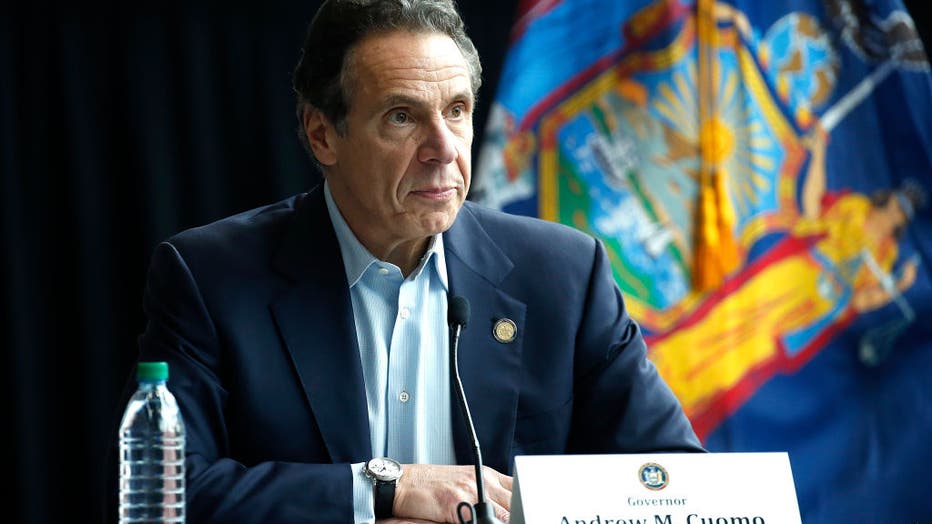