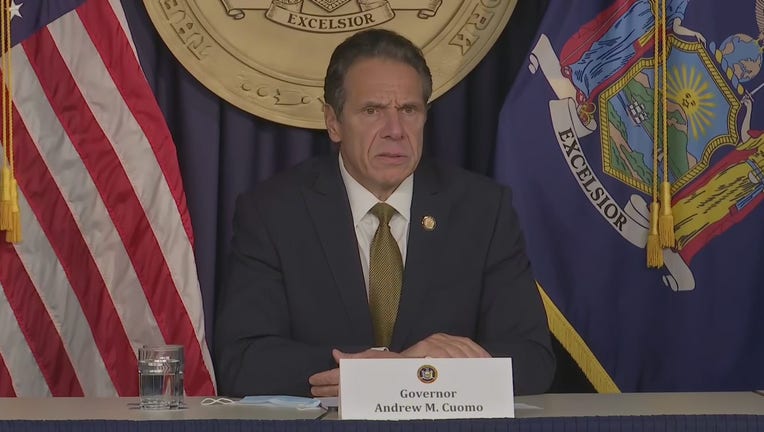 NEW YORK - New York Governor Andrew Cuomo criticized the administration of President Donald Trump for their response to the coronavirus on Sunday, saying they "surrendered" to the pandemic.

Cuomo was responding to comments made by White House Chief of Staff Mark Meadows on Sunday morning that the U.S. was "not going to control" the pandemic.

"That was a very telling statement that he said that. Because it basically admitted and encapsulated the way they've handled COVID from the start," Cuomo said. "They have believed from the beginning that they can't control the virus. That's the only rationale that explains the denial and the lying. If you believed you could control it, then you'd try to control it; if you don't believe you can control it, then you lie about it and deny it and you minimize it."

Over 224,000 people in the United States have died due to COVID-19 so far, according to Johns Hopkins University.

"Simplest thing they can do now is what Fauci said, what CDC says, what Birx says - wear masks, do a national mask mandate. Preemptive capitulation, you did Americans a disservice. Americans don't surrender. Americans fight and there was no reason to capitulate to this enemy because we can control it," Cuomo said.

New York saw 1,632 people test positive for COVID-19 on Saturday, down from over 2,000 on Friday. An additional twelve New Yorkers died of the viru, bringing the state's death toll to 25,730.