Cuomo: Not a normal Thanksgiving

Gov. Andrew Cuomo said that this Thanksgiving is not normal but is special. He said he won't be spending the holiday with his 89-year-old mother.

Gov. Andrew Cuomo donned a turkey-themed face mask at a press conference on Long Island, where he confirmed he has decided not to celebrate Thanksgiving with his 89-year-old mother in person. He had initially said he planned to do so Monday.

"I didn't want to disappoint my mother," he said. "89 years old, she's thinking how many Thanksgivings will I get, you start to think that way. But it's hard. But sometimes hard is smart."

Cuomo said New Yorkers who avoid Thanksgiving gatherings could help control the spread of the coronavirus as hospitalizations surge.

The number of COVID-19 patients in hospitals increased to about 2,900 patients, which is almost one and a half times the number hospitalized on Nov. 1. 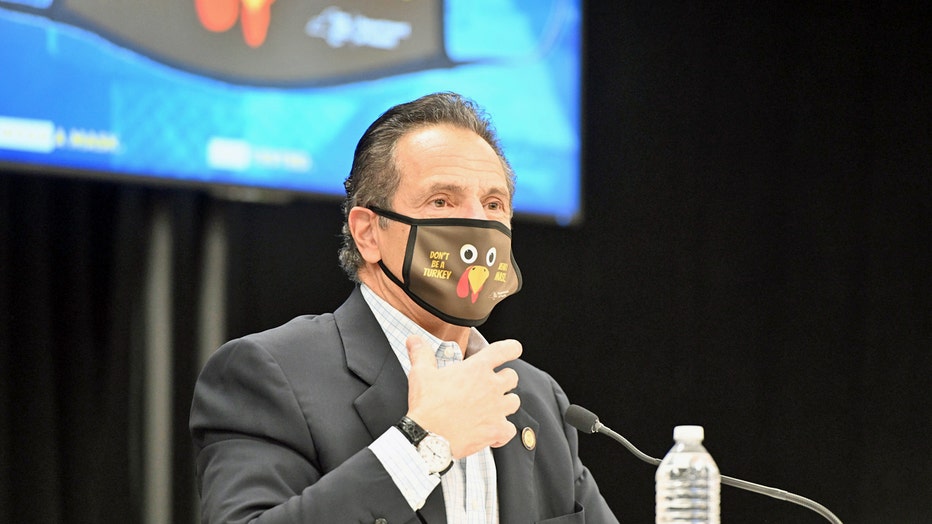 New York has reported an average of about 5,500 new coronavirus cases per day over the last seven days, up 70% from two weeks ago.

New York City Sheriff Joe Fucito said he is setting up vehicle checkpoints at key bridges and crossings throughout New York City, as well as at curbside stops for buses entering and leaving the city. Deputies will advise travelers of quarantine rules.

He cited potential fines of $1,000 a day for people who violate travel rules, though officials have previously acknowledged that enforcement mostly works on the honor system.

Officials in New York City and around the state will be on the lookout for mass gatherings and travelers this holiday season.

New York City Mayor Bill de Blasio said air travelers leaving from the JetBlue terminal at Kennedy Airport will be given a test kit that they can administer themselves under a partnership with the airline.

But he urged travelers to stay home instead.

"I didn't want to disappoint my mother, 89 years old. She's thinking, 'How many Thanksgivings will I get?' You start to think that way. But it's hard. But sometimes hard is smart."

"Unless there's a really, really crucial reason, don't travel," he said. "It's just going to only add more exposure to this disease, more chance that you might get it, your family might get it, it might be brought back here inadvertently."

Cuomo criticized several sheriffs in upstate New York who have said it is impossible to enforce a recent executive order that banned indoor and outdoor gatherings of more than 10 people at private residences. 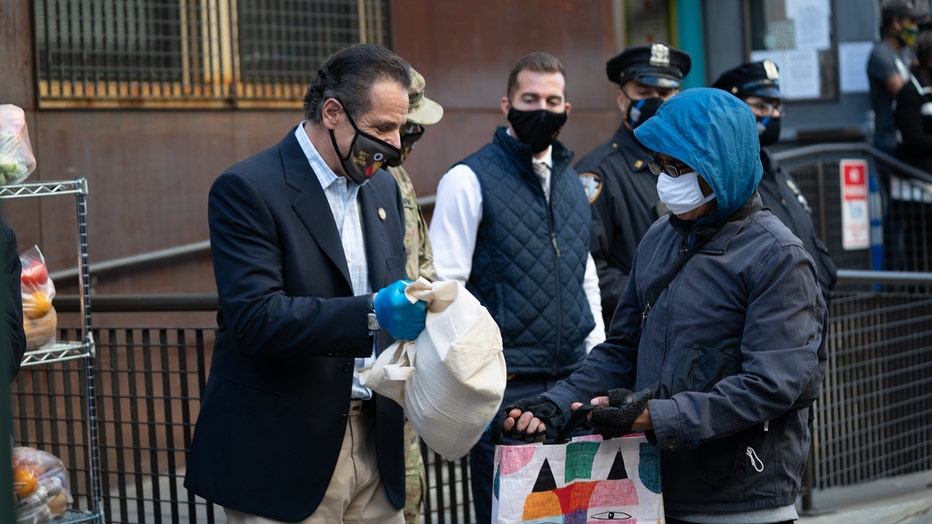 Some sheriffs have argued that Cuomo hasn't made it clear exactly how law enforcement can enforce his rules on private gatherings.

"Instead, we are faced with an unenforceable dictate issued without any consultation with law enforcement or the public as to enforceability," the New York State Sheriffs' Association said in a Monday statement.

Meanwhile, Fucito said his office will be concentrating on enforcing bans on large-scale gatherings.

One fine that has been given out is to the organizers of a large gathering in a Brooklyn synagogue, after reports that thousands of unmasked people attended a secret wedding there earlier this month.