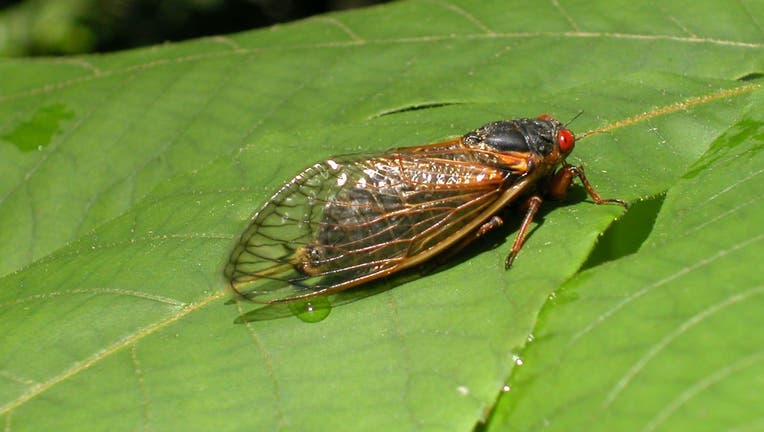 A newly emerged adult cicada from brood X suns itself on a leaf May 16, 2004 in Reston, Virginia - file photo. (Photo by Richard Ellis/Getty Images)

A brood of periodical cicadas is set to emerge from underground for the first time in 17 years.

Brood X, also known as the Great Eastern Brood or the "Big Brood," will likely first emerge across the Southern U.S. at the beginning of spring, before surfacing in states along the East Coast.

Americans can likely expect to see the swarm across 15 states as the ground temperature warms, according to a mapping site from the University of Connecticut, including the District of Columbia, Delaware, Maryland, Virginia, West Virginia, North Carolina, Pennsylvania, New Jersey, New York, Ohio, Michigan, Illinois, Indiana, Kentucky, Georgia, and Tennessee.

"The reason that this is such an impressive event...is number one: it happens nowhere else on the planet. We have periodical cicadas. There are cicadas on every continent except Antarctica, but it's just in the eastern half of the United States that we have the periodical cicadas," the University of Maryland's professor emeritus Dr. Michael Raupp told Fox News on Tuesday.

"The other piece of this puzzle is that they're going emerge in massive numbers. And, when I say massive, I mean massive," he continued. "There are going to be as many as 1.5 million cicadas per acre. This is going to translate up and down the coast west of the Mississippi -- people say billions. I tend to hyperbole, but I'm saying there are probably going to be trillions." 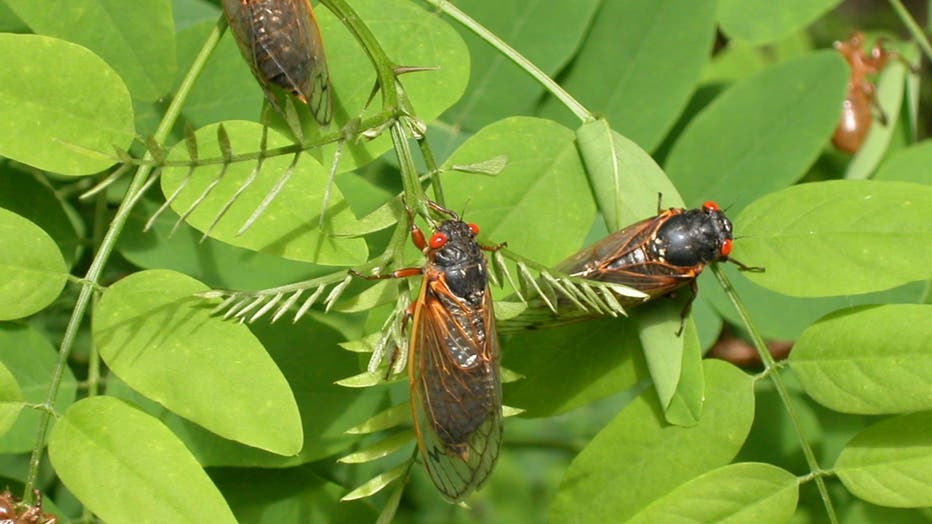 "That's a whole lot of acres in there, so there are going to be a lot of cicadas up and out of the ground in the middle of May and the end of May this year," Raupp said.

Much like salmon as they swim upstream, the millions of teenage cicadas have one thing on their mind: sex.

For almost two decades, a larval Brood X has survived a foot or more below the ground, living on sap from tree roots.

According to the National Wildlife Federation, periodical cicadas will come out as adults every 13 or 17 years, unlike regular cicadas.

Cicadas are likely best known for their loud mating calls -- which are different for each species, the Post noted, with songs reaching up to 100 decibels.

Once a cicada successfully mates, the female cicadas will deposit tens of eggs in tree branches where the larvae or "nymphs" then hatch and burrow into the soil.

After their two-to-four-week jaunt, the adult cicadas die following the intercourse.

The next generation will surface in 2038.

There are six species of periodical cicadas in the eastern U.S., according to CNET. Brood X is one of the largest broods of 17-year cicadas.

But, not to worry: this invasion is largely harmless, and they won't "carry dogs or small children away like in 'The Wizard of Oz,'" Raupp assured.

Raupp recommended that people who might be afraid of cicadas try to learn as much about them as they can.