An anti-Semitic attack in Central Park is ringing alarm bells as New York City has seen a major increase in anti-Semitic incidents over the last year.

NEW YORK - The New York City Police Department is searching for a man involved in an anti-Semitic attack in Central Park that left a 63-year-old man with a broken hand.

The incident happened Wednesday around 7:30 p.m. near the intersection of Terrace Drive and East Drive. 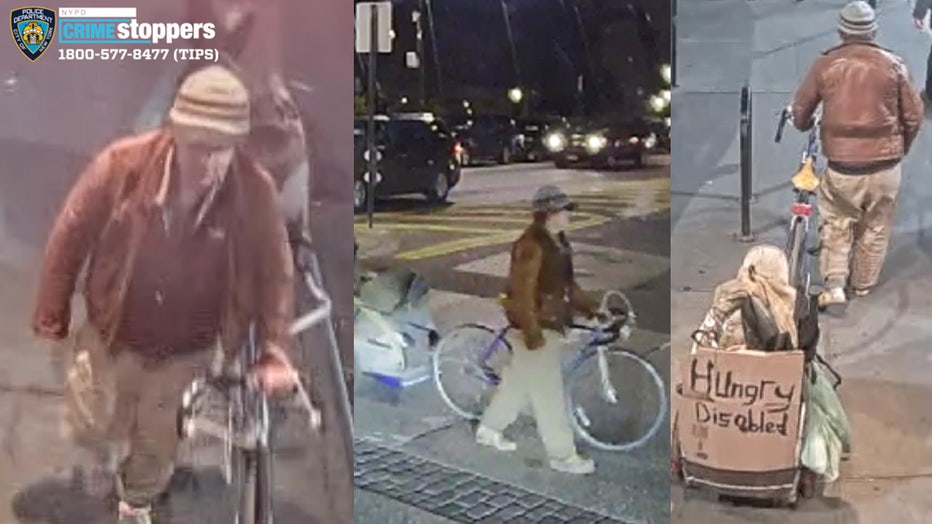 Police say the victim was walking when the suspect hit him from behind. The victim fell to the ground, causing him to have a chipped tooth and broken hand. EMS took him to a hospital in stable condition.

Police say the suspect made anti-Semitic remarks to the victim including reportedly saying "Kanye 2024" before fleeing westbound on 72 Street on a bicycle and a bicycle trailer, which appeared to be carrying various miscellaneous items, including a sign that said: "Hungry Disabled."

RELATED: The 'climate of hate' in the United States

The suspect is described as a man with a light complexion, a medium build, approximately in his 40s, and he was last seen wearing a brown jacket, beige pants, white sneakers, a multicolored hat. 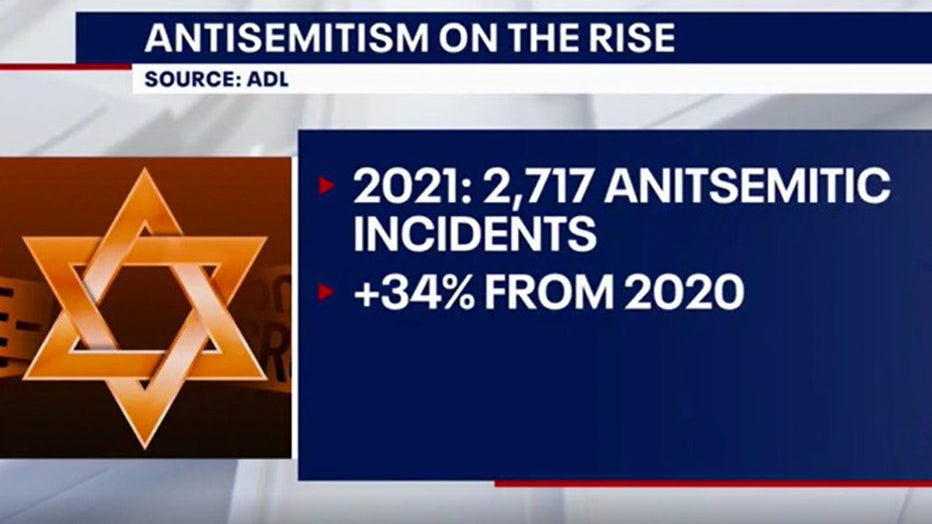 Last month, a man was accused of making threats on social media warning of shootings at New York City synagogues and other Jewish sites.

Christopher Brown and Matthew Mahrer, the two suspects accused of plotting an attack against New York City's Jewish community appeared in court after their arrest on Saturday.

Christopher Brown was charged with six felony weapons and firearms charges, along with making terroristic threats.

Brown and his accomplice, 22-year-old Matthew Mahrer, were spotted by MTA police at Penn Station and arrested. Authorities say they had an 8-inch military knife, a swastika arm patch and a ski mask and further investigation found they were in possession of an illegal semi-automatic gun with a 30-round extended clip. 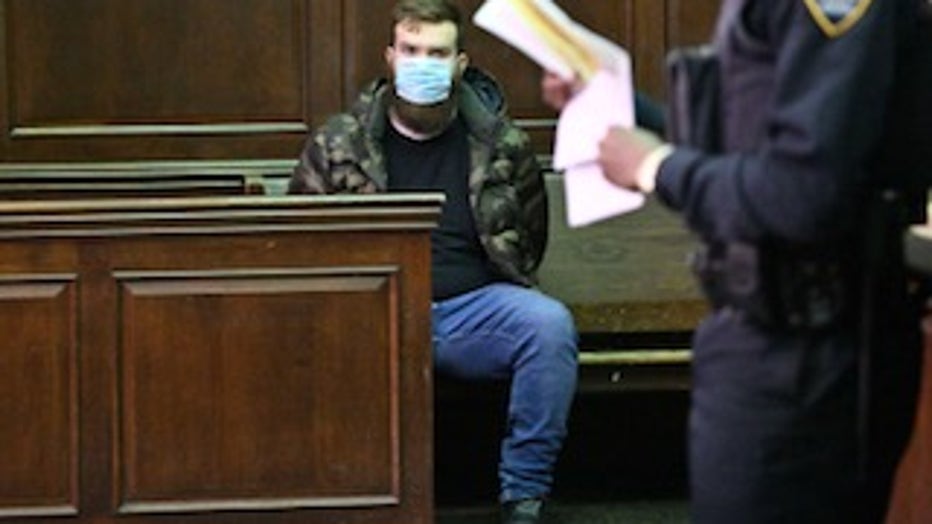 Christopher Brown appears in court after being accused of making threats toward the NYC Jewish community on social media.

According to the New York Post, a lawyer for Mahrer said that the second suspect is Jewish and is the grandson of a Holocaust survivor. The lawyer also said that Mahrer had been diagnosed with autism, bipolar disorder, anxiety and ADHD.

Mayor Eric Adams said social media posts that a man made about attacking a synagogue were "not an idle threat." Authorities arrested a man from Manhattan and a man from Long Island early Saturday.

That incident came a little more than a week after an 18-year-old from New Jersey was arrested and charged with posting a broad threat against synagogues in the state.

Authorities say Omar Alkattoul, 18, was charged with one count of transmitting a threat in interstate and foreign commerce.