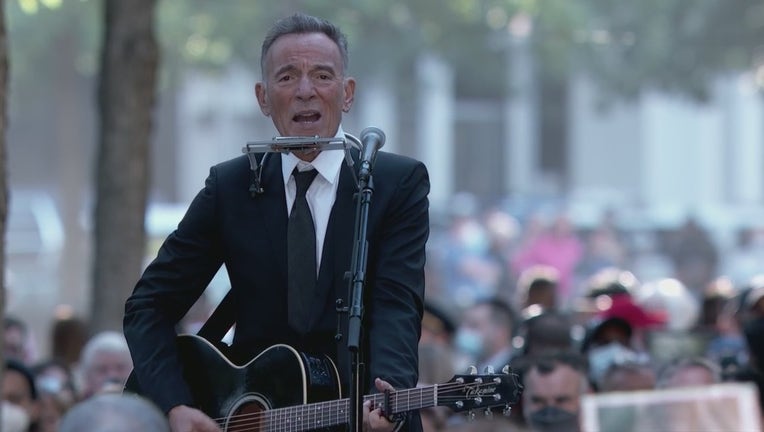 NEW YORK - Bruce Springsteen performed his song "I’ll See You in My Dreams" during the 9/11 National Day of Service and Remembrance at the 9/11 Memorial in Lower Manhattan.

It was part of the ceremony marking 20 years since the terror attacks.

He performed the song just after a moment of silence at 9:03 to mark when United Airlines Flight 175 crashed into the South Tower of the World Trade Center on Sept. 11, 2001.

The song is the final track on his 2020 album Letter to You,

on the 20th anniversary of the terror attacks.

"May God bless our fallen brothers and sisters, their families, their friends, and their loved ones," Springsteen said before playing the song on his acoustic guitar along with harmonica.