An app called Shovler connects people available to shovel snow with property owners who need them.

When the snowstorms hit the New York area recently, Robert Hagan didn't bother going door-to-door to find a few good shoveling jobs. Instead, he opened an app on his phone and the work came directly to him.

The app, called Shovler, gives him a list of driveways and walkways that need work. He picks which jobs he wants to do and gets to work.

The concept is simple: You can sign up to be a worker for hire or book someone to come clear your driveway. The average job costs about $75.

The app is active across the United States and in parts of Canada. More than 1,700 jobs were booked during recent snowstorms. More than half of those were in the tristate area.

Daniel Miller, the founder of Shovler, said he came up with the idea when he was stuck in his apartment in the city during a big snowstorm in 2016. His car was plowed in and he didn't have a shovel.

From that frustration, the Shovler app business was born. More than 100,000 registered shovelers are activated, ready to shovel when the first flakes start to fall, and pushed to the limits by the crippling storms in recent weeks.

Shovler is available for iOS and Android. 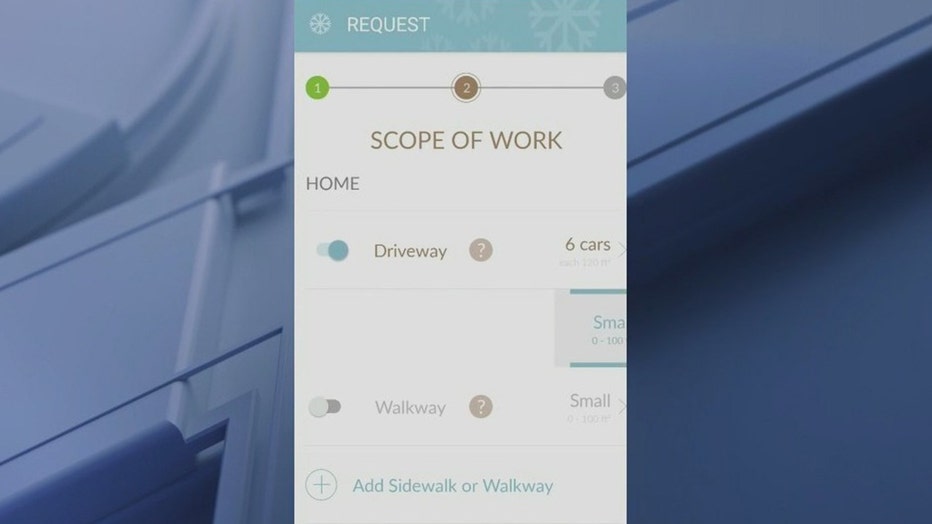 A screenshot of the Shovler app.