SAN FRANCISCO - Russ, a pitbull/terrier mix, has finally been reunited with his owner after he went missing in August during the Caldor Fire.

His owner had been working a temporary job in the Lake Tahoe, California, area when the deadly fire threatened.

RELATED: 7 THINGS TO KNOW ABOUT THE CALDOR FIRE

FOX Weather spoke with Wendy Jones, an animal search and rescue specialist and the founder of Tahoe PAWS, whose group was called in for the rescue. 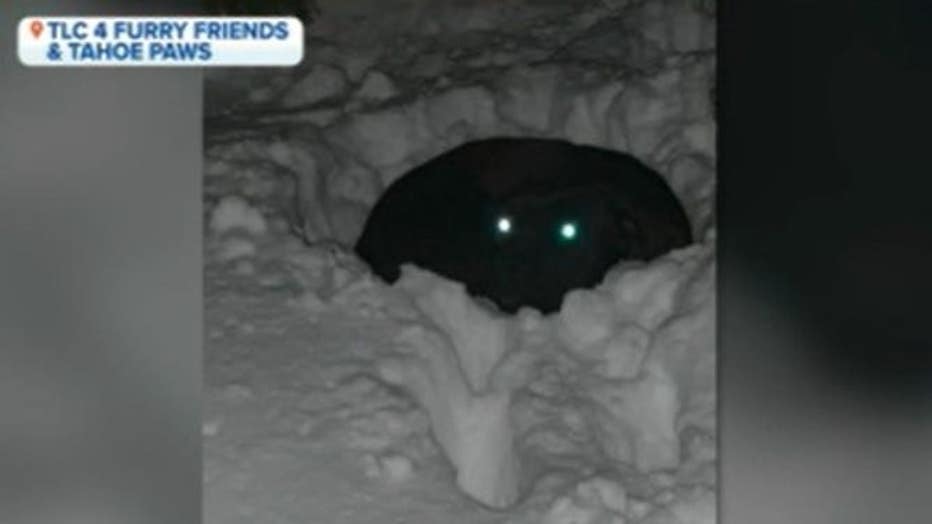 Rescuers feared the dog was dead, "but then he opened his eyes and lifted his head." (TLC 4 Furry Friends and Tahoe Paws)

Russ jumped out of the car when the area was being evacuated as the massive Caldor Fire neared. The owner reported Russ missing but feared the worst, according to FOX 2 San Francisco.

Jones said she received a phone call in the middle of December from a backcountry skier near South Lake Tahoe reporting a dog was found curled up in the snow and was possibly in trouble.

Two volunteers from Tahoe PAWS and TLC 4 Furry Friends put on snowshoes and went looking for the dog.

"They were able to snowshoe in and finally were able to find the tracks and locate the missing dog," Jones said. "They weren't sure if he was alive or not at first because he was still curled up the ball and it was really cold and dark. And then he lifted his head and opened his eyes. And that's when it was just like such amazing relief." 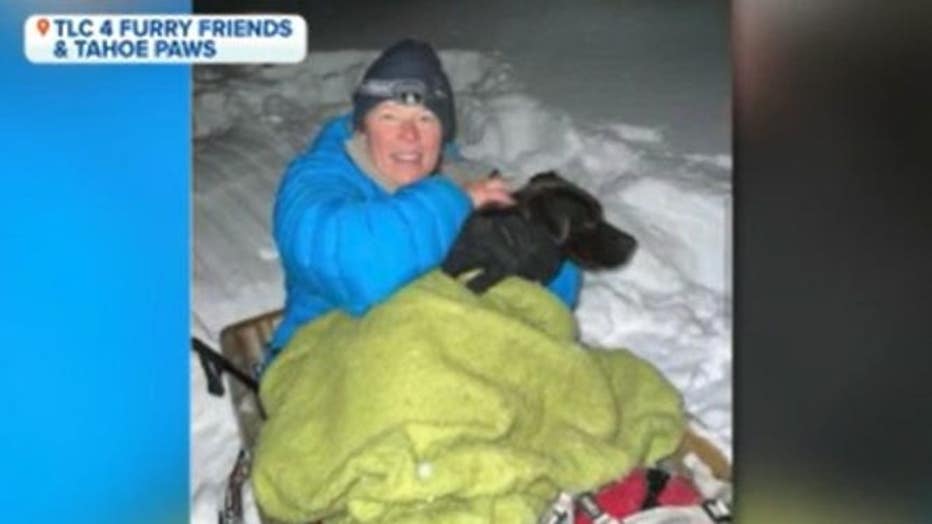 A rescuer helping Russ down the mountain in a sled. (TLC 4 Furry Friends and Tahoe PAWS)

Jones said the team was able to get him onto a sled and held him in their lap.

"They held on to him and wrapped in blankets and a down jacket to keep them warm," she said.

The pair then snowshoed back down the mountain through 5 feet of fresh snow to El Dorado County Animal Services. The veterinarian said Russ was not in bad shape. 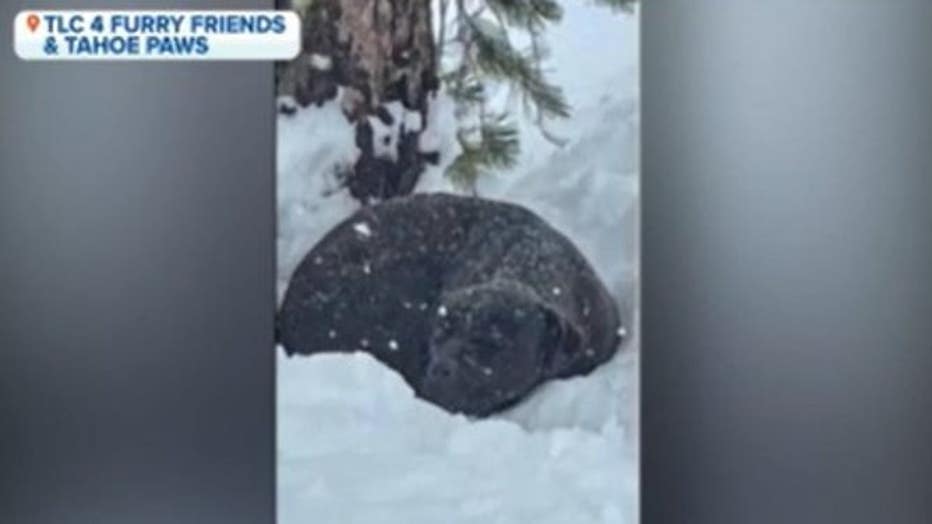 Russ’ microchip was not registered correctly, so it took some time to track down the owner.

Once Animal Services contacted the owner, another snowstorm blanketed Tahoe and the reunion was delayed.

"So Animal Services transferred him to another animal services off the hill," Jones said. "He was very happy to see his owner. He had been waiting for his owner, we knew that, it was very obvious. And so Dec. 26, they were reunited and it was an ecstatic reunion from what I understand."

Get more updates on this story on FOXWeather.com.