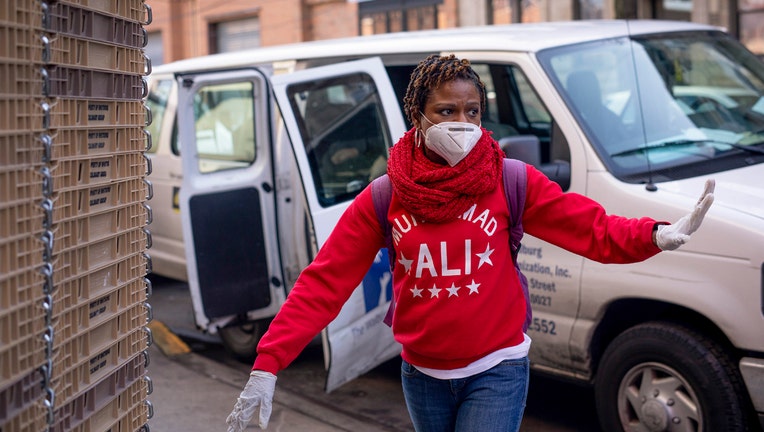 NEW YORK (AP) - Carla Brown still makes two visits a week to see her 77-year-old parents, remaining near the doorway while they stand a safe distance away. They can't be close but at least they can be together, and she knows many of the city's elderly aren't getting any company at all.

The coronavirus pandemic has kept loved ones apart, younger family members fearful of bringing the disease to older relatives who may be so much more susceptible.

Brown realizes how much more important her meals-on-wheels program has become in the last month. Her Charles A. Walburg Multiservice Organization was delivering about 700 meals per day to seniors in the Harlem and Washington Heights sections of New York until about two weeks ago. That total is now above 900.

"Any time you can give, any time you're blessed to give, it's a wonderful opportunity," Brown said. "And to know that we're considered essential workforce is extremely honorable, because that means that we are absolutely needed, where we're providing comfort, we're providing food, we're providing safety. It's really important and I'm glad to do it."

Brown grew up with her grandparents living in the same home as she and her parents, so she's always had a fondness for the elderly.

Now, there are seniors who depended on visitors who can no longer come to bring them food. So she feels it's up to her team and she's proud of their commitment to do it.

It isn't easy. She had to scramble to secure a couple of vans after the virus forced Ford Motor Co. to shut down its production line. Her organization had been approved to purchase a couple of trucks before that.

But once the vehicles are loaded up, the team can move quickly. A once-lengthy commute now is done in under 20 minutes on empty streets, and she doesn't plan to slow down.

"When this started, I said it's an honor to be deemed essential," Brown said, "so we have to get it done."