The NYPD is looking for three suspects who slashed a victim with a razor blade on a J train in Brooklyn.

NEW YORK - The NYPD is searching for three men who were involved in the slashing of another man inside a subway station in Brooklyn.

On June 2 at about 11:50 p.m., a dispute escalated into a fight between the men and the 28-year-old victim on the J train platform of the Cleveland Street station in Cypress Hills, said police.

One of the suspects took the blade to the right side of the man's face, right ear and left abdomen. The trio then fled the station.

The victim was treated at Brookdale Hospital.

Police arrested several suspects in connection with a series of attacks on the subway that unfolded early Friday.

Anyone with information in regard to this incident is asked to call the NYPD's Crime Stoppers Hotline at 1-800-577-TIPS (8477). The public can also submit their tips by logging onto the CrimeStoppers website at WWW.NYPDCRIMESTOPPERS.COM or on Twitter @NYPDTips. All calls are strictly confidential.

The assault is the latest in a string of slashings inside subways stations across the city. Earlier this month, a 22-year-old woman was slashed above the eye and in the wrist on a northbound 2 train on the Upper West Side. A second victim tried to intervene and was slashed in the left ear.

Last month, police identified three teens wanted in connection with a series of slashings, beatings, and robberies that unfolded early on the 4, 5, 6 subway line.

The pack of teens roamed the subway in Manhattan and assaulted several people, wounding some with a knife, NYPD officials said. 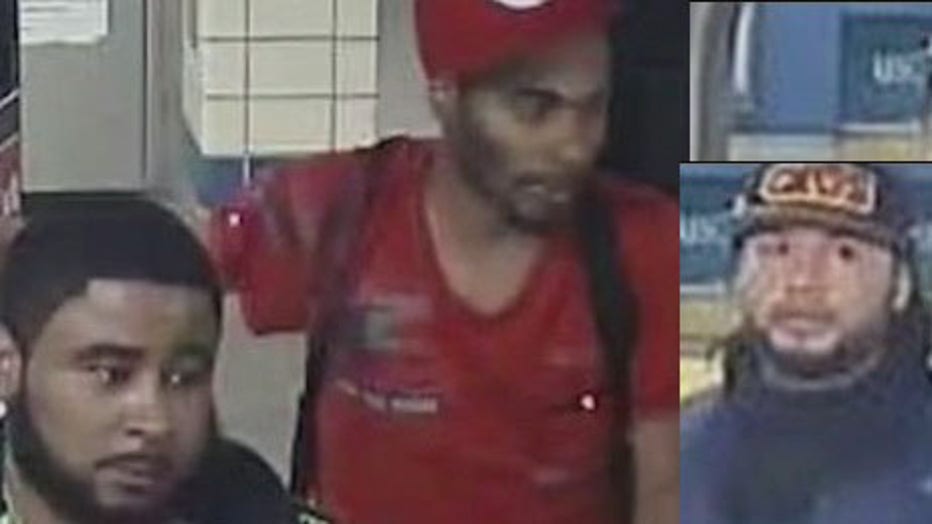 Three men are wanted in connection with the slashing of another man inside a Brooklyn subway station. (NYPD)