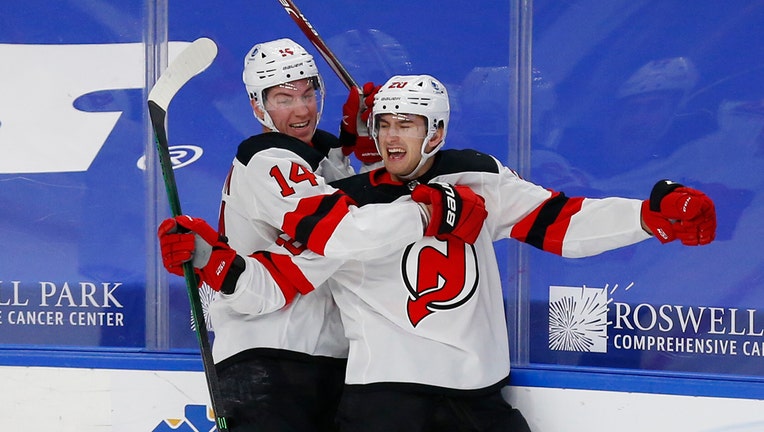 The NHL has announced the New Jersey Devils have been forced to postpone three games this week after four more players tested positive for COVID-19 on Monday.

New Jersey was scheduled to play the Penguins on Tuesday and Thursday in Pittsburgh. They also had a home game against the Rangers on Saturday afternoon.

On Monday, Andreas Johnsson, Janne Kuokkanen, Michael McLeod and Pavel Zacha all tested positive. They played in the games over the weekend.

New Jersey now has 10 players on the COVID list, including No. 1 goaltender MacKenzie Blackwood.

Two players on the list, defenseman Sami Vatanen and goaltender Aaron Dell, are isolating after signing with the team.