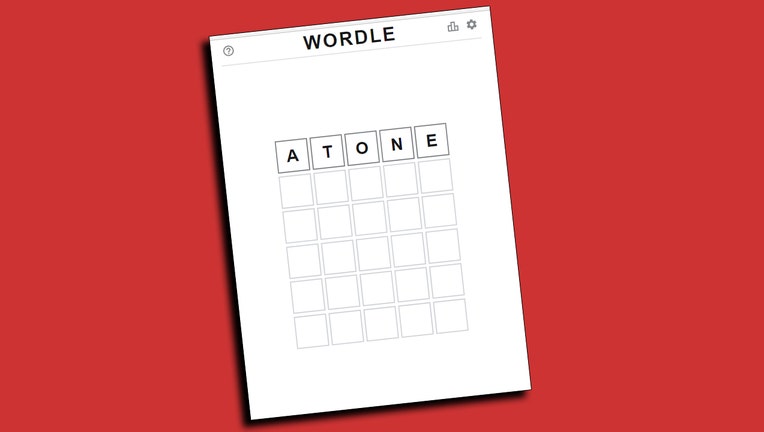 Do you have go-to starter words that you play in Wordle? (FOX 5 NY Illustration)

NEW YORK - If you've found this story, chances are you don't need an answer to the question "What is Wordle?" Now you just want some tips on how to play Wordle and win in as few guesses as possible — and that starts with choosing the best starter words for Wordle to win the game.

In other words, what five-letter word you put in the Wordle matrix as your first guess that will increase your odds of success by eliminating and/or confirming what letters are in the word of the day.

You could also try words with lots of vowels but may not have letters that are that frequent in the English language. Some ideas of these starter words are: OUIJA, AUDIO, and AULOI, according to this post.

And then we get these useful suggestions from this comprehensive post: REACT, SIRED, TEARS, WORSE, and ATONE.

And many players, including some in our newsroom, say the starter words ADIEU and ARISE can be very helpful. (Continues below)

Wordle is a daily game where the user gets six guesses to come up with the five-letter secret word of the day in as few turns as possible.

But here's the thing.

Unless you have some illegal betting pool going with other players, does "winning" the game in as few guesses as possible get you anything other than bragging rights? Using the same starter word — or cycling through a shortlist — every day seems… boring?

Instead, consider using a starter word that is fun rather than logical. Or even (GASP!) a word that has repeated letters. After all, how awesome would it be if you start with PIZZA and it's Wordle of the day?

So here are some additional five-letter starter words — varying degrees of funny, weird (hey, that could work!), clever, and (perhaps) strategically logical — as suggested by friends, coworkers, and random people on the interwebs.

And your mileage may vary, of course.

So, what are your favorite starter words for Wordle?

RELATED: How to play Wordle and win

What is Wordle? It is the free game that is taking off across the internet. It is a daily game where the user gets six guesses to come up with the five-letter secret word of the day in as few turns as possible. Players use various strategies for Wordle.