Wordle is a daily game where the user gets six guesses to come up with the five-letter secret word of the day in as few turns as possible.

NEW YORK - What is Wordle? It is the free game that is taking off across the internet. It is a daily game where the user gets six guesses to come up with the five-letter secret word of the day in as few turns as possible.

The user tries again up to five more times to come up with the word.

The game was designed by a software engineer in Brooklyn named Josh Wardle. He reportedly created the guessing game for his partner, who enjoys word games. He previously created Place and The Button for Reddit.

After his family and friends started to really enjoy it, he decided to release it to the rest of the world and it has started to take off.

There is one new game a day and there is no app for it. You have to go to the Wordle website to play.

People are posting the patterns of their guesses on their social media squares, which has created more interest in the game. Wardle added the share button to Wordle that generated the spoiler-free emoji grid in December. 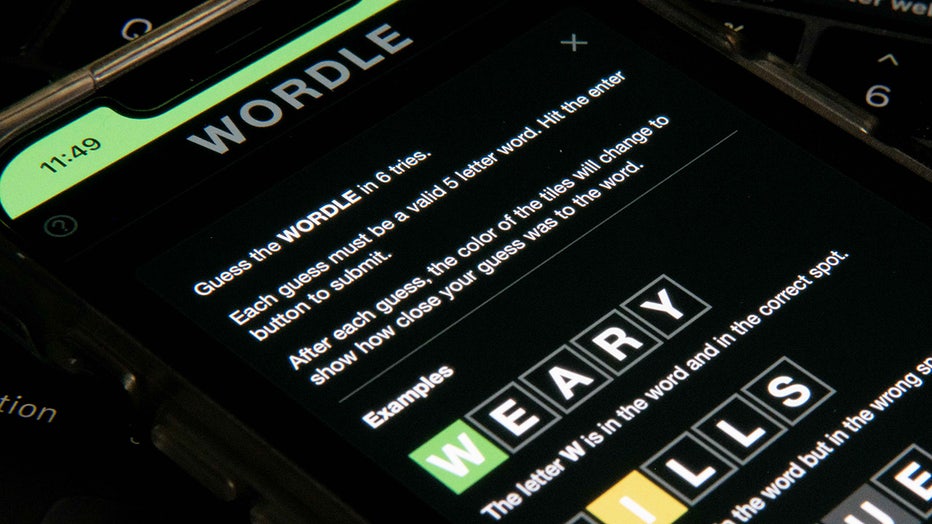 How to win Wordle?

Some people will start every puzzle with the same word, a.k.a the Wordle starter word. One popular word people reportedly use to start Wordle is arise because it has three vowels and two consonants that might be good to confirm or rule out quickly.

One thing to remember is that the same letter can appear in the Wordle word of the day twice. For example, the word could be press.

As for winning, the only trophy is knowing how well you did and being able to share the results with your social media followers.

What five-letter word can you put in the Wordle matrix as your first guess that will increase your odds of success by eliminating and/or confirming what letters are in the word of the day? This has a bunch (is that one?) of candidates.