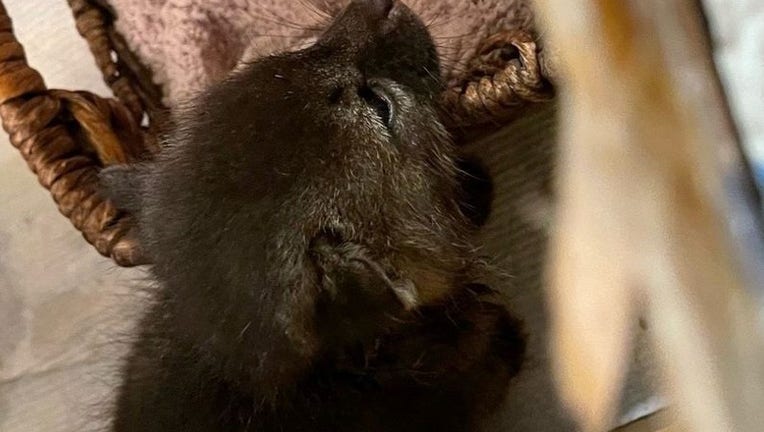 Police in California said a woman brought up a tiny kitten that was actually a fox. (Credit: Rocklin Police Department)

ROCKLIN, Calif. - Authorities said a woman got quite a surprise when she mistakenly brought home a kitten that actually turned out to be a fox.

The Rocklin Police Department in California posted about the incident on its Facebook page Monday.

"Rocklin resident got quite a surprise last week after realizing a tiny ‘kitten’ she had rescued turned out to be a fox kit," authorities posted. "A concerned family member called us after seeing the scared little guy and Animal Control responded to transport the critter to Gold Country Wildlife Rescue."

The mishap has prompted police to issue warnings to people if they come across orphaned or injured wildlife. The Humane Society of the United States has also issued guidelines.

With regards to foxes, the society said the animals will appear unsupervised for long periods of time because their parents are hunting for food. Officials said fox kits should be observed from a distance and if they appear energetic and healthy, leave them alone. However, if they appear to be sick, weak or orphaned, a licensed wildlife rehabilitator should be contacted.

RELATED: ‘Lost puppy’ rescued by family turns out to be baby coyote

It’s not the first time people have mistaken their pets for wildlife.

One Massachusetts family got quite the surprise when they learned that the adorable lost puppy that they brought home turned out to be a baby coyote.

The Cape Wildlife Center, based in Barnstable, revealed the Eastern coyote was separated from his family last week and found "wandering and distressed by the side of a busy road."

"He was then accidentally taken home by a local family after they mistakenly identified him as a lost puppy," the center shared on social media. "After realizing their mix up they called us for assistance."

With the help of the Mass Department of Public Health, the wildlife center said they were able to determine there was no potential exposure risk to rabies and were able to clear him for care and rehabilitation.

Stephanie Weaver contributed to this report. This story was reported from Los Angeles.