The winter storm is making its way out of the New York City region. Winds are shifting, ponding on the road is receding. Rain will remain for several hours.

NEW YORK - Winter Storm Izzy brought light snow to New York City and switched to rain with damaging winds Monday. Flooding was reported in some areas. The storm system was expected to leave the region by later in the day.

A SevereThunderstorm Warning was issued early Monday for Brooklyn and Queens.

Snow began Sunday evening, before it switched over to heavy rain that continued overnight. Rainfall totals will range between 1 and 2 inches across the region and may cause minor flooding in some areas with poor drainage.

New York City and the surrounding suburbs saw less than an inch of snowfall, while inland areas like Western Passaic, Orange, and Putnam Counties could see between two and four inches of snow. 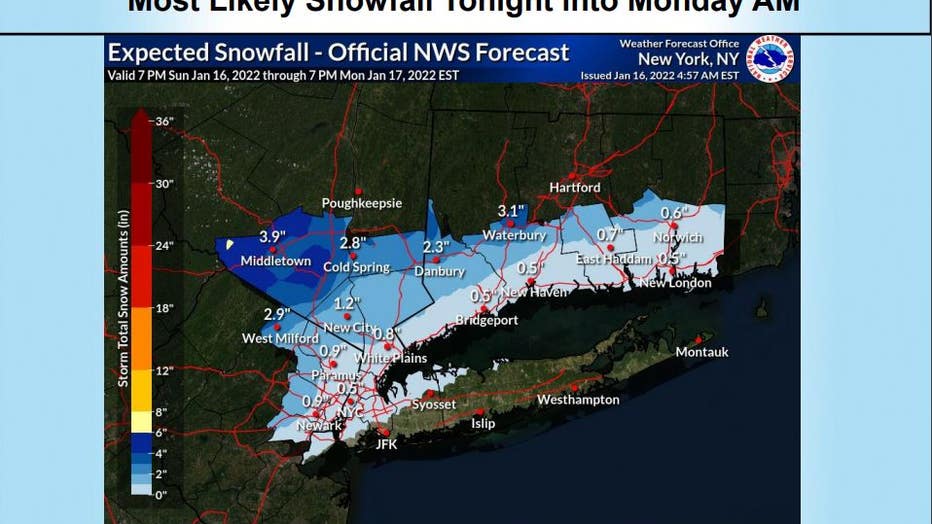 Upstate New York was expected to see larger snowfall totals, with much of western New York and the Capital Region told to expect accumulations of 6 to 14 inches of snow, possibly making any travel impossible.

The New York City Department of Sanitation issued a Winter Operations Advisory that began Sunday. Salt spreaders were active on city streets, and motorists were being asked to be extra cautious on the roads.

NYC Emergency Management issued a travel advisory for through Monday.

In New Jersey, Governor Phil Murphy said the northwest portions of the state would likely see the heaviest snowfall and urged drivers to stay off the roads Sunday night.

While Murphy did not issue a State of Emergency, he did warn that the mixture of snow, power outages, and flooding could cause major problems.

"Not that any one piece of it looks like it is for the record books," Murphy said. "But the combination adds up to a really messy 14 to 16 hours." 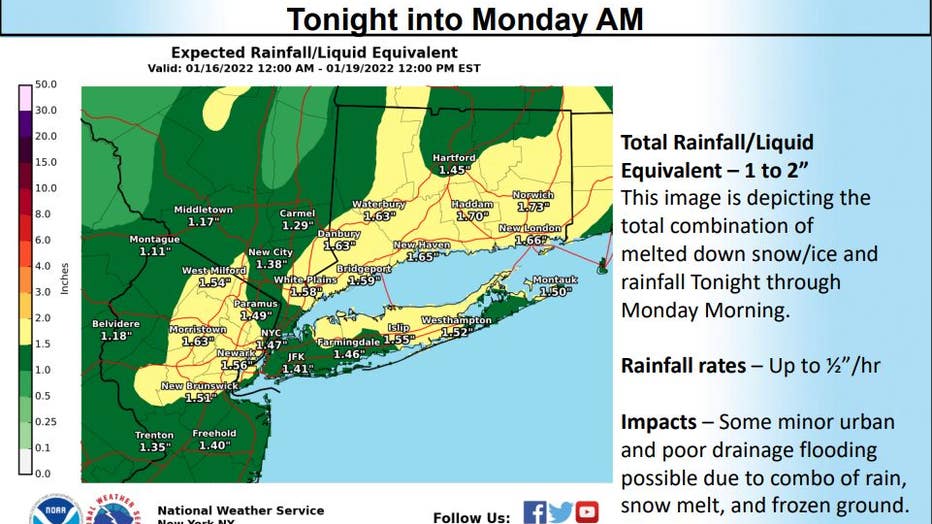 The storm also brought strong, potentially damaging winds across the area, with gusts of up to 55 miles per hour along the coast and over 60 miles per hour on eastern Long Island and in southeast Connecticut. Power outages were reported, and numerous downed tree limbs came down. 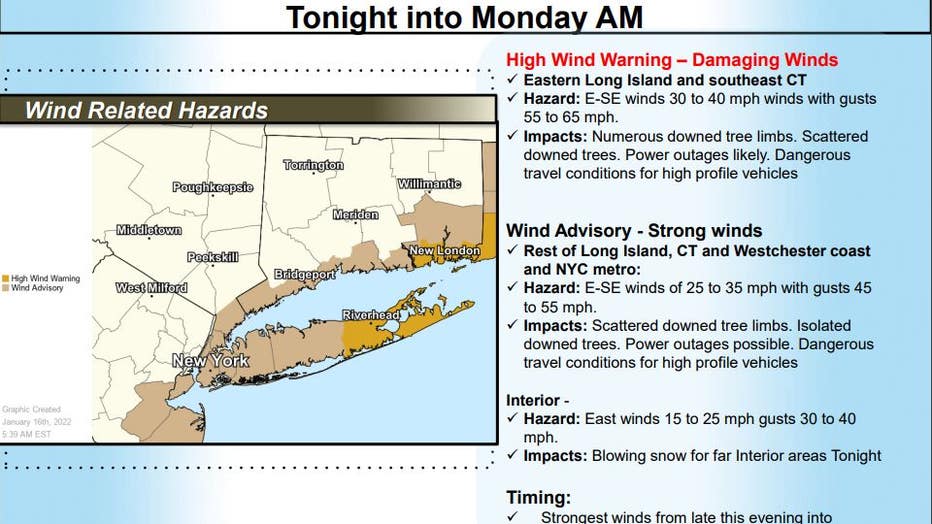 A coastal flood advisory was issued for much of New York City and northeastern New Jersey, while Long Island, Connecticut, and parts of Westchester County were under a Coastal Flood Warning. 2-3 foot surges were possible as a result of the storm, causing moderate to locally major coastal flood impacts for vulnerable coastal communities. High tide Monday morning could also make the situation worse in some areas.