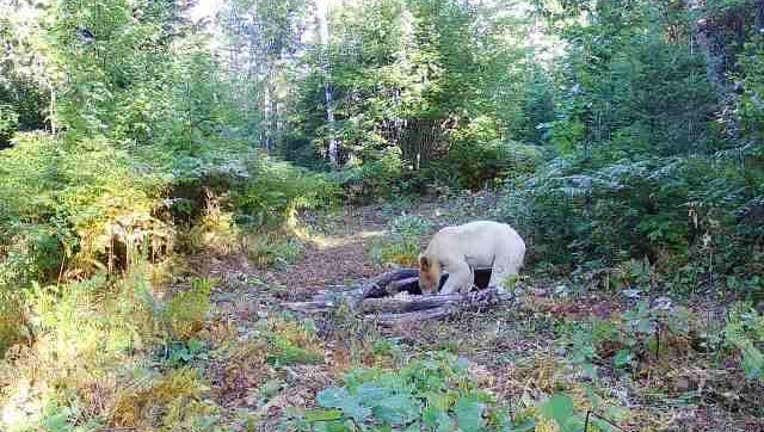 (FOX 2) - A Michigan trail camera caught one of the season's rarest images this September when it spotted a white-colored black bear.

According to a post shared by an Upper Peninsula trekking guide Facebook group, the bear was seen rummaging through bait that had been placed by a hunter. Officials with the Department of Natural Resources haven't independently confirmed that the large mammal actually has white fur, but based on the images that were sent to them and other area reports, they are fairly certain.

"I thought it was just too cool," said Cody Norton, a large carnivore specialist with the DNR. "It's just exciting seeing an animal pop up like this here instead of somewhere else. We've had some cinnamon color phases show up, some blonde and chocolate on some trail cameras we use for surveys which is also really cool to see.

"But those are more common in bear populations. White is its own thing."

Norton's best guess is the bear is on the younger side - about 2 years old.

It was spotted in the western Upper Peninsula, where bears are most common in Michigan. It's about the only thing common about the sighting.

Black bears with white fur are not polar bears or albinos. Instead, they are the result of a one-in-a-million chance where both male and female parents that bred contained a recessive gene for white fur, according to Norton.

When white-furred black bears are born in nature, it almost exclusively happens in western Canada where a subspecies of the American black bear lives. Called Kermode bears they reside on a collection of islands in the province. Between 10-20% of the population has white fur. 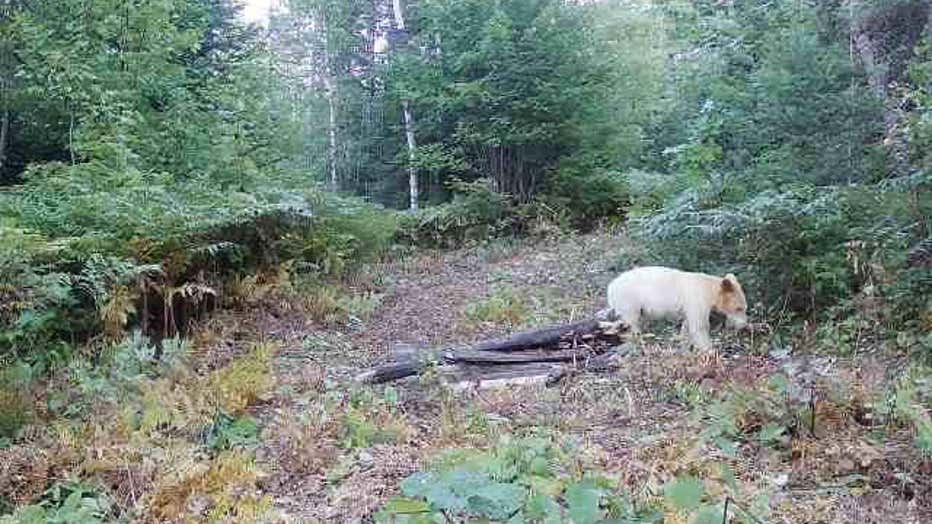 Since the recessive gene is present among the subspecies, it "makes sense they show up more in the population," Norton said. "But for one to show up in a large, widely connected population, it's much much more rare."

It's not clear if the bear that was spotted in Michigan has any genetic connection to the Kermode bears in Canada. DNR officials do investigate sightings of bears, cougars, and other large carnivores, but it doesn't normally seek out a bear to confirm its existence because of its color.

Approximately 10,050 bears live in Michigan and 80% of those are in the Upper Peninsula. The population in both peninsulas has been rising since the state reduced the hunting quota for bears in 2012. Since that time, their numbers have climbed by 25% in the northern lower peninsula. 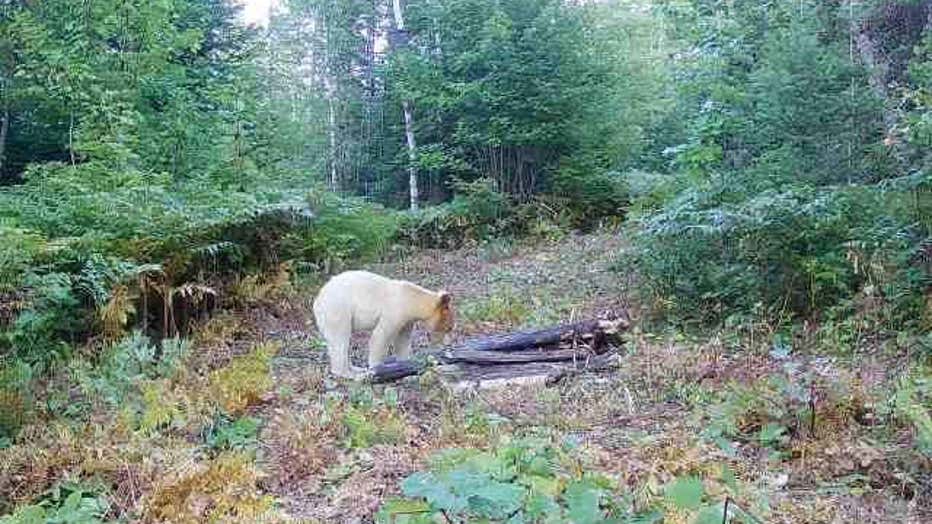 Sightings of different color phases in bears is also up, Norton said. Hues of brown and blonde are more common in the western UP.

"For some of those phases, we would expect genetics to be related. With a white bear, it's hard to say if those genetics are related to any other phases since we don't see other white bears pop up outside of Canada much," Norton said.