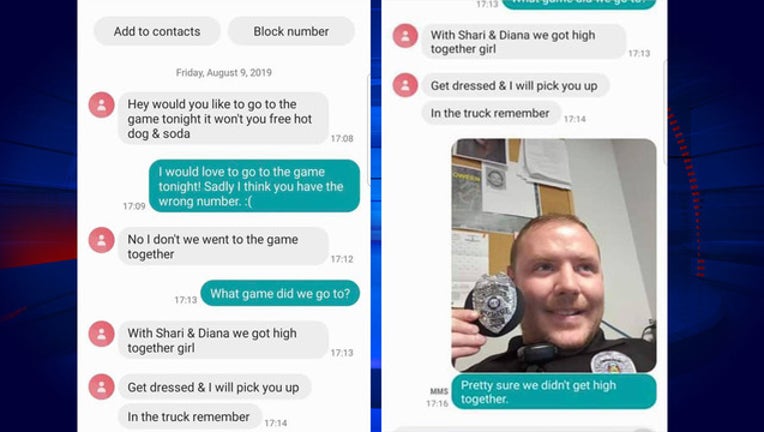 A screenshot showing someone texting a Missouri cop without realizing it. (Facebook/@Winfieldmopolice)

FOX NEWS - A hilarious exchange between a Missouri cop and a person who thought they were talking to a friend they “got high with,” went viral after police posted a screenshot of the conversation online.

The conservation begins with a person inviting someone to “the game” Friday evening, with the promise of a free hot dog and soda.

“I would love to go to the game tonight! Sadly I think you have the wrong number,” the person replies.

The initial sender insists the two know each other, writing that they went to another game "With Shari & Diana we got high together girl! Get dressed & I will pick you up in the truck remember.”

The invitee then reveals his true identity: a Winfield, Mo. Police officer. He wrote: “Pretty sure we didn’t get high together.”

The person then conceded they did indeed have the wrong number.

“I tried to tell you that but nnnooo I don’t know what I’m talking about,” the officer wrote back.

The Winfield Police Department later posted the awkward conversation on their Facebook page with the caption: “We were invited to go to a baseball game tonight!!!! Unfortunately, we don’t think they are gonna come pick us up.”