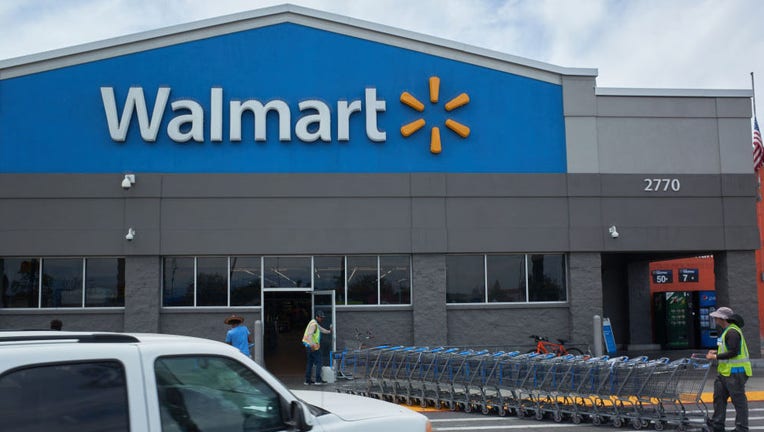 Workers move shopping carts outside a Walmart store in Lakewood, California, US, on Sunday, May 15, 2022. (Bing Guan/Bloomberg via Getty Images)

WASHINGTON - College graduates face many challenges finding a job once they graduate but Walmart is helping the next generation of professionals overcome this hurdle through a new program that places college grads in store manager roles that pay over $200,000 a year.

The retail giant announced a new College2Career program for college graduates and current college students within 12 months of graduating. According to Walmart, The program begins this summer and gives college grads the chance to become store managers.

Walmart said in a release the new program combines classroom training, hands-on experience, and one-on-one mentoring with leaders in the organization. Top performers in the program are offered the role of "emerging coach" with a starting annual salary of $65,000.

RELATED: Walmart to pay 100% of college tuition, books for associates with $1B investment

The best "emerging coaches" will move into management roles within two years with the opportunity to earn a salary exceeding $200,000. According to Walmart, managers earned an average of $210,000 in 2021.

A Walmart spokesperson told FOX Business Monday that roughly 600 recent college grads and more than 300 current college students have signed up for the program.

Walmart’s announcement of the new management recruiting program comes amid a U.S. unemployment rate of 3.6% despite labor stats highlighting that employers hired 428,000 new workers in April.

RELATED: Walmart raises pay for truck drivers to as much as $110,000 in the first year

Walmart has made investments in career development initiatives to help college students gain valuable skills and experience to propel them into careers with the organization once they graduate.

Their internship program is for college undergrads and master’s degree students to learn skills and build careers at Walmart in the supply chain, finance, tech, merchandise, and HR fields. Walmart said the internship program is expected to grow by 30% compared to last year. Their goal is to have most of their interns move into full-time jobs with the organization once they graduate.

In March, Walmart created an eight-week program for employees in college trying to earn their degree by providing training and skills development in cybersecurity and merchandising. Once an employee completes the program and graduates from college, they’re eligible for a full-time office position at Walmart.

Since launching the LBU program in 2018, over 52,000 Walmart employees have participated in the program, and 8,000 have graduated so far.

The LBU program was created around research data on what helps drive competition rates among adult working students. Walmart’s original program took a $1 a day approach, where employees would set aside $1 every day from their paycheck to help pay for education. Walmart is committing $1 billion over the next five years to career-driven training and development, FOX 5 New York reported.

FOX 5 New York, FOX 2 San Francisco and FOX Business contributed to this story. This story was reported from Washington, D.C.