His message was serious, but Kenyan reporter Alvin Kaunda stood no chance against an orphaned baby elephant. Alvin Kaunda via Storyful

NAIROBI, Kenya - Kenyan reporter Alvin Kaunda had an important message for viewers about human impacts on the environment. A nearby baby elephant had other concerns.

Kaunda, flanked by several elephants at the Sheldrick Wildlife Trust in Nairobi, Kenya, began his report discussing a charity ball that would fund efforts to protect natural elephant habitats.

At first, the elephants, which had all been orphaned by habitat loss, appeared uninterested in Kaunda's presence. One munched on a branch, waving it between Alvin and the camera for a moment.

He kept his composure. 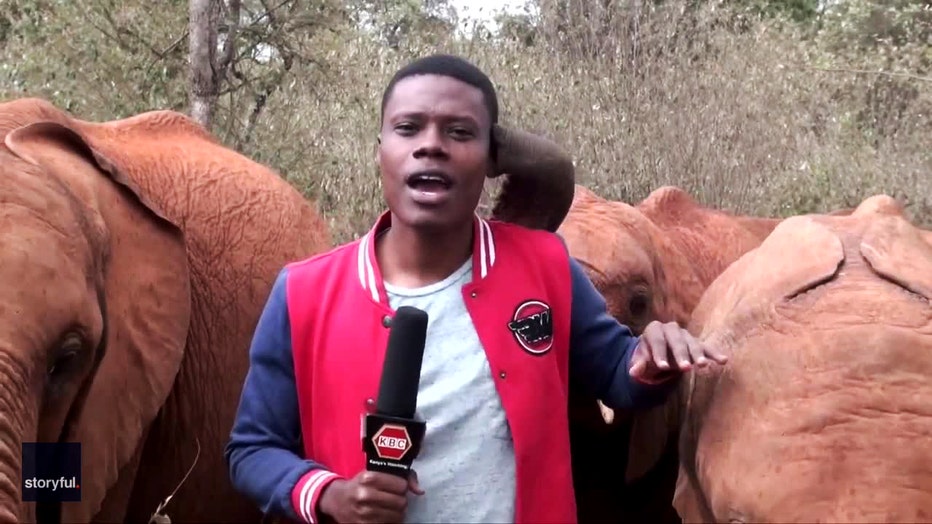 However, about 30 seconds into the report, one baby elephant, whose head stood about a foot lower than the reporter's, became curious about this new presence in its habitat. 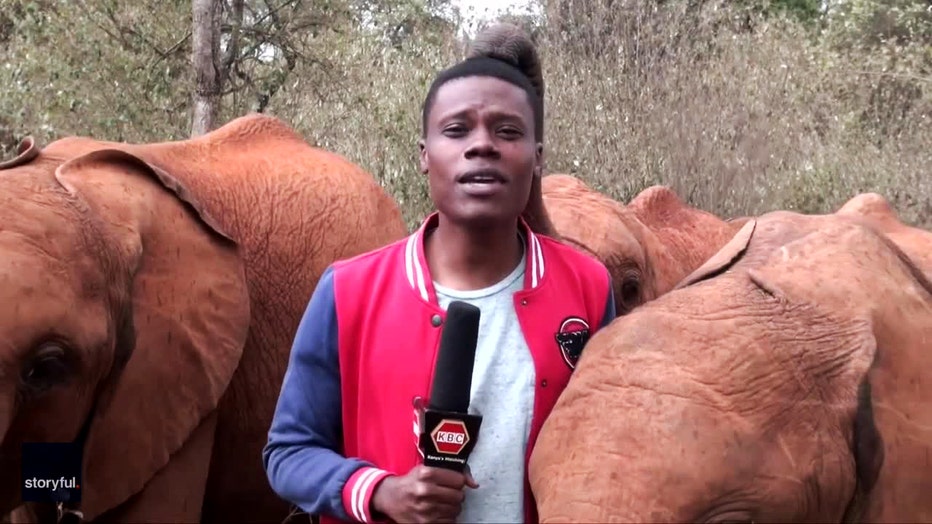 "Human actions are destroying habitats, decimating our entire ecosystem and disrupting the cycle of life," Kaunda said, staring seriously into the camera. 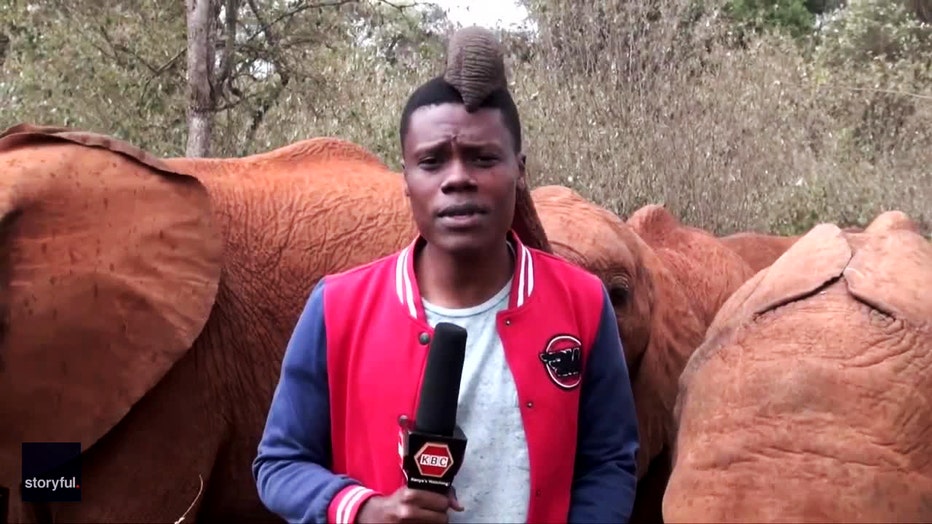 At that moment, the baby elephant's trunk made its way to Kaunda's left ear. He didn't flinch. 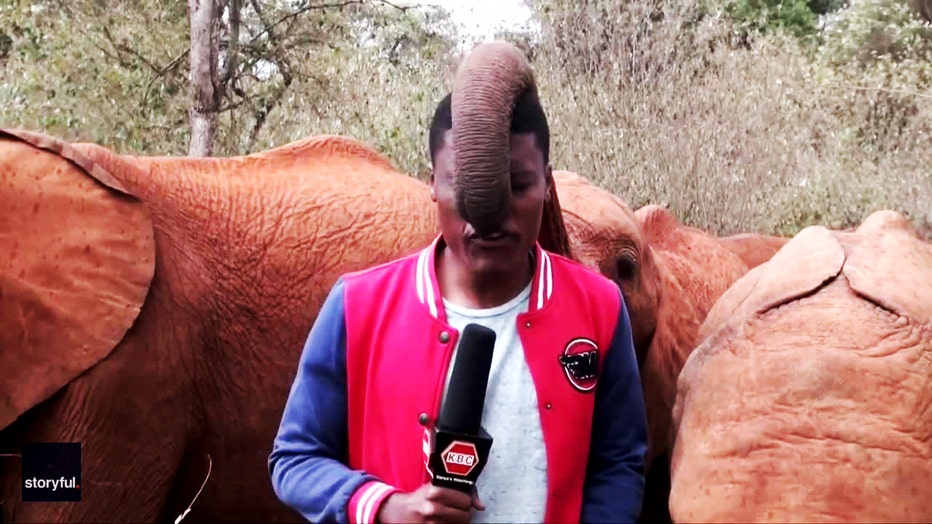 "Under the rising drought cases, it is up to us to be guardians of our own natural world,…" he continued. 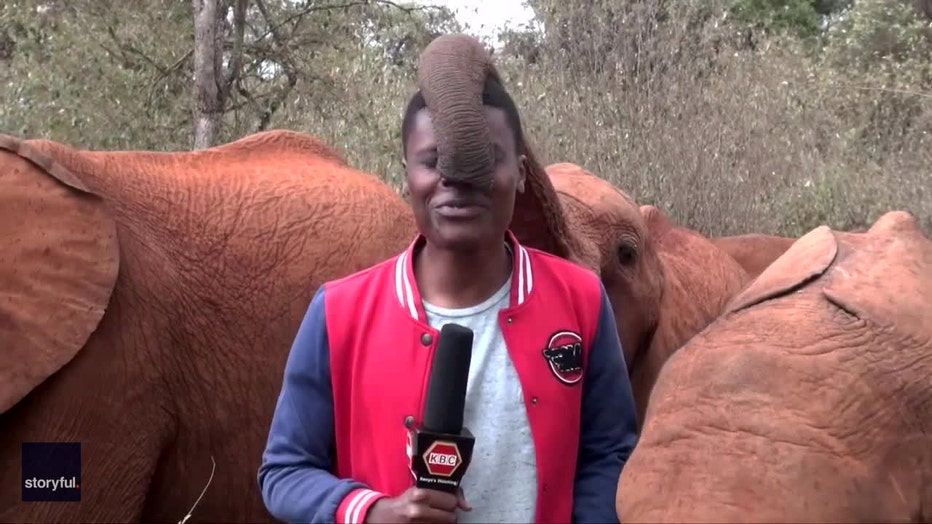 By this time, the elephant's trunk had made its way to the center top of Kaunda's head. Continuing to speak, Kaunda gave a brief glance off camera, as if to ask "is this OK?" 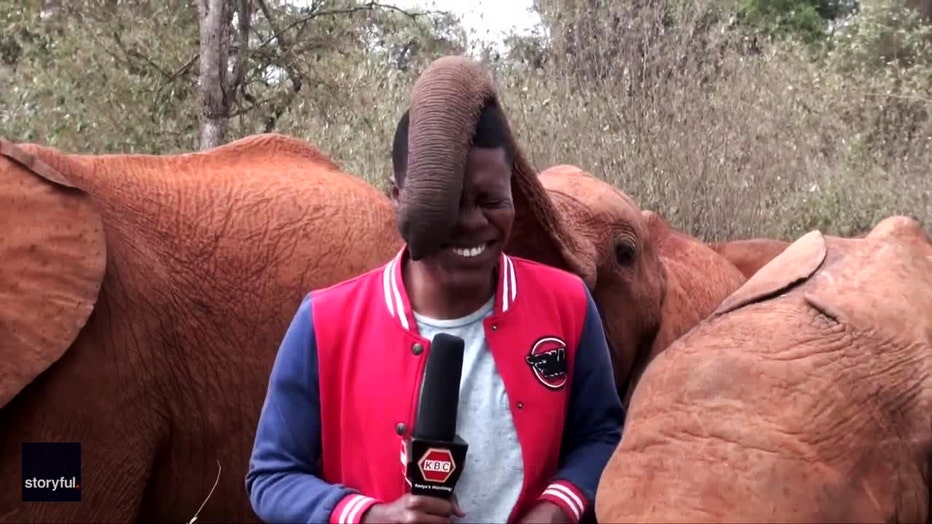 He continued his sentence: 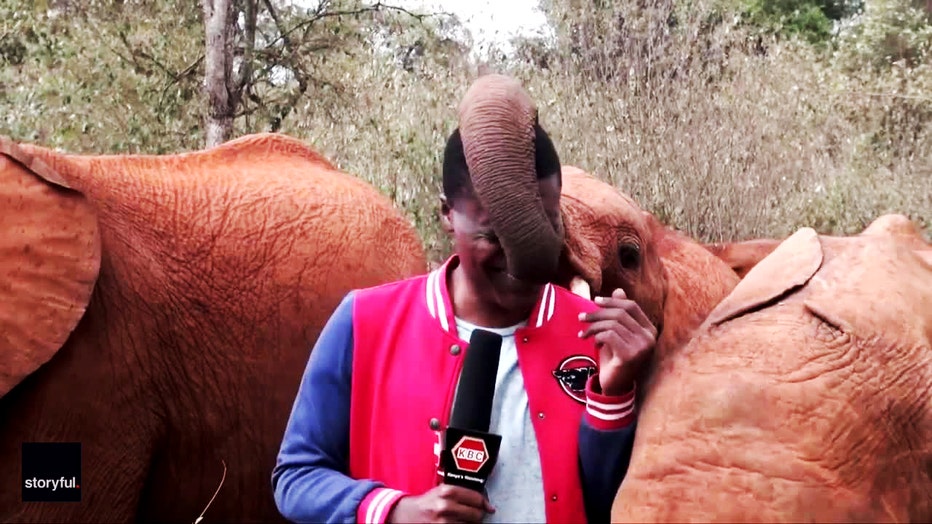 "…save our wild species and to provide a home…"

That's when it ended. The elephant had wiggled its trunk over the top of Kaunda's head, down his forehead, and onto his nose. 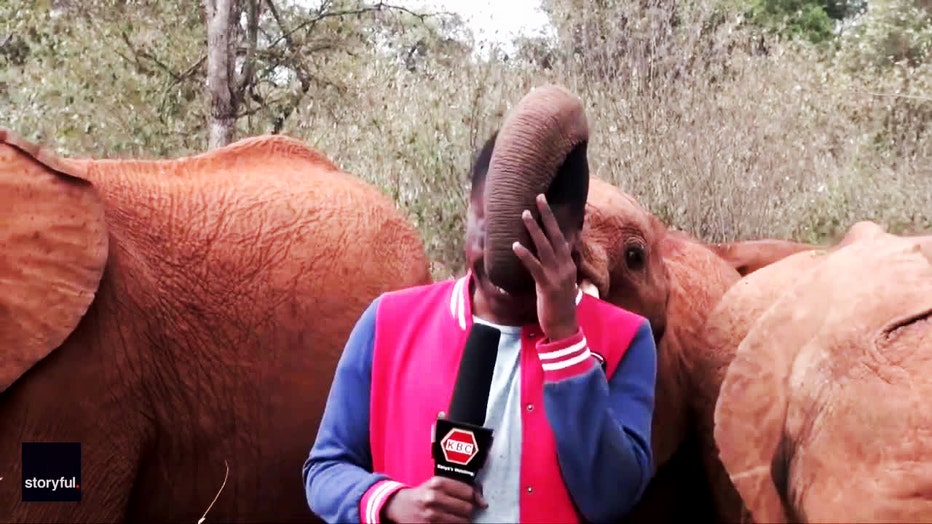 Kaunda erupted in laughter, as did several others off camera.

As the reporter stepped forward, the pachyderm lowered its trunk and diverted its attention elsewhere. 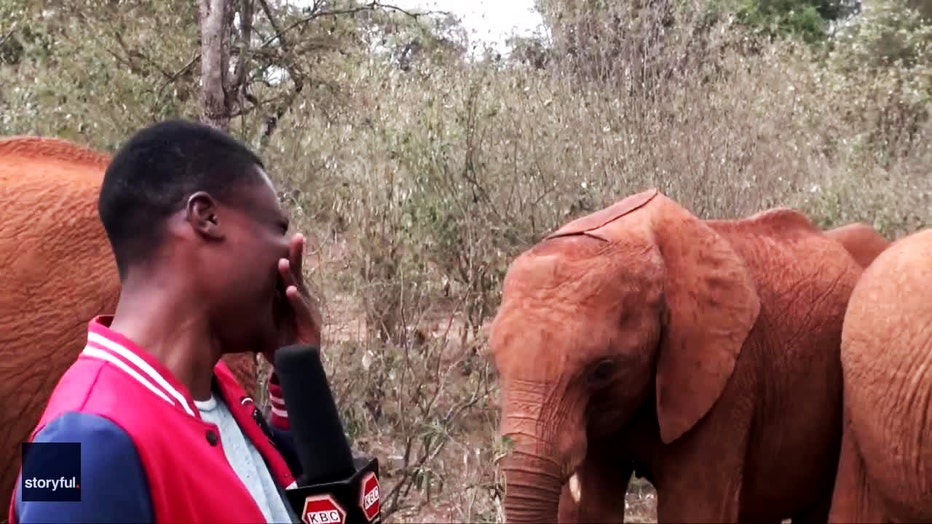 "At first I felt the elephant trunk’s contact on my back but decided to keep going because I was doing my almost 10th take of my piece to camera," Kaunda said. "I wasn’t gonna let anything stop me. Until the baby elephant stuck its trunk in my mouth." 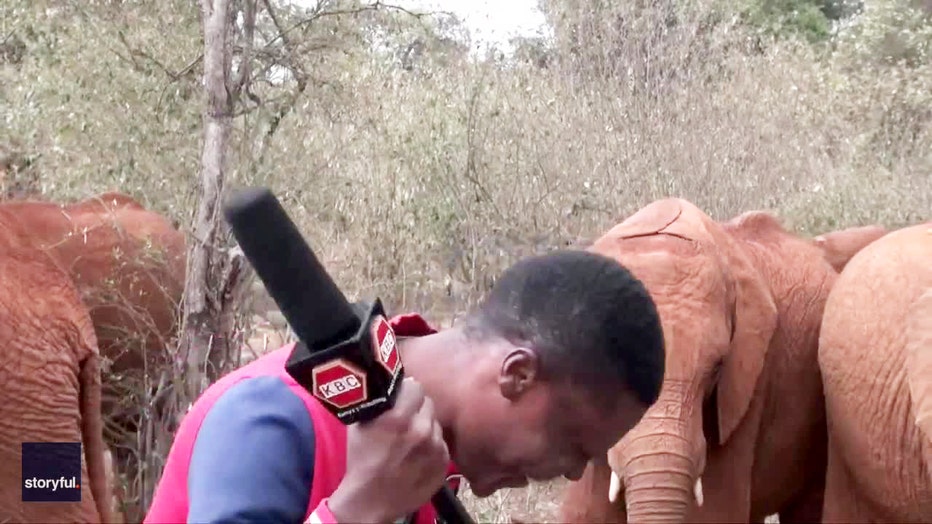 The report may not have gone how Kaunda pictured, but the video achieved his goal, 10-fold.

The reasons for humans to protect the gentle giants of Africa may be clearer to his viewers than ever before.

For Kaunda, it's a moment he'll never forget.

"It was actually my first time at the trust," Kaunda said. "I knew I was going to see the elephants but didn’t know that they’d let me so close to them."

For information on the Sheldrick Wildlife Trust, visit https://www.sheldrickwildlifetrust.org/.