President Joe Biden gave an update on America’s COVID-19 vaccination progress as the rate of administering the shots picked up in recent days.

WASHINGTON - Flying to the United States will get easier for international travelers next month, so long as they are fully vaccinated.

The White House will announce Friday that it will be lifting travel restrictions for fully vaccinated foreign nationals on Nov. 8, according to an official who spoke to the Associated Press. In addition to proof of vaccination, visitors will be required to show a negative COVID-19 test taken within three days of travel.

The official, who was granted anonymity to speak on a policy that had not yet been publicly announced, said that the Centers for Disease Control and Prevention has informed airlines that all FDA-approved and authorized vaccines, as well as those that have an Emergency Use Listing from the World Health Organization, are acceptable. The CDC plans to issue guidelines on acceptable proof of vaccination in the coming weeks. 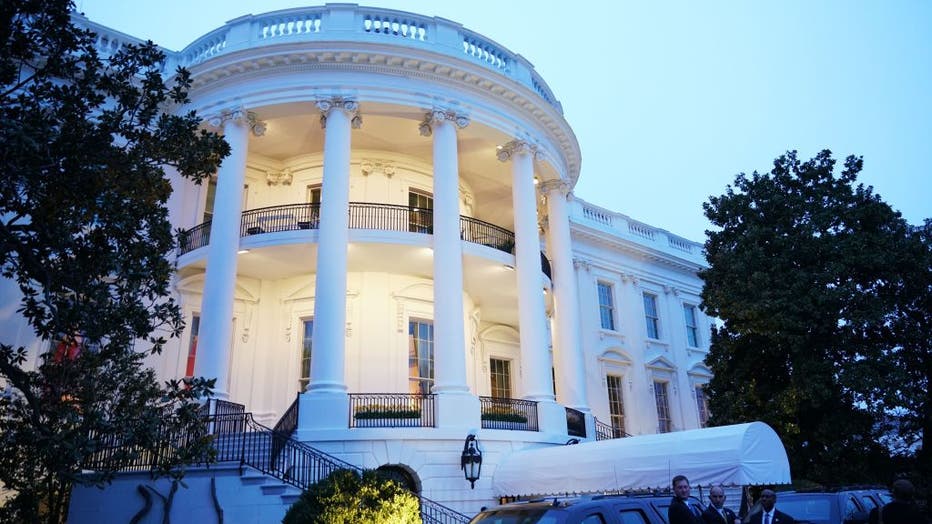 The South Portico of the White House is seen on April 7, 2018, in Washington, DC. (Photo credit: MANDEL NGAN/AFP via Getty Images)

Earlier this week, the White House said it would permit vaccinated people to cross the United States’ land borders with Canada and Mexico next month.

These moves signal a dismantling of the ban on non-essential travel that has been in place in the U.S. throughout the COVID-19 pandemic. The Trump administration first enacted a travel ban on China in March 2020 and later expanded it to include more than 30 other countries.

In late September, the U.S. announced its ban on travelers from China, India, Brazil and most of Europe would be lifted in early November.