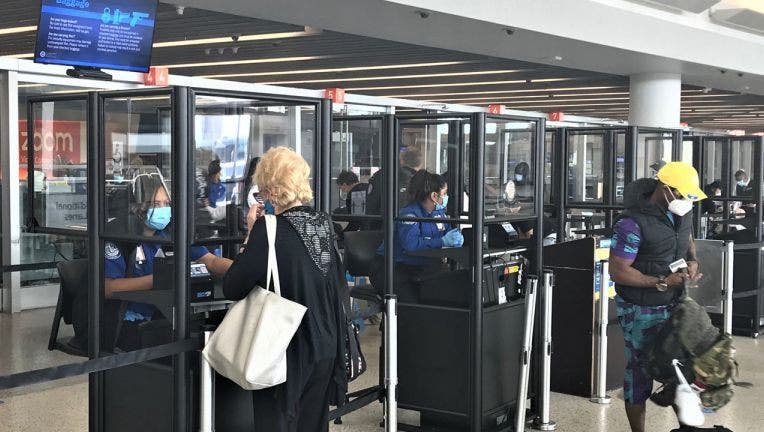 The TSA is in charge of screenings at 440 airports in the U.S.

On April 14, 2020, TSA reported its lowest travel volume of only 87,500 passengers throughout all TSA checkpoints nationwide, representing just 4 percent of passenger volume recorded on the same weekday in 2019.

Average travel volume per day between Thanksgiving and New Year’s Eve in 2020 continued to fluctuate between a low of 24 percent and a high of 61 percent of 2019 numbers for the same period.

TSA anticipates daily travel volumes will continue to rise but remain well below pre-pandemic levels through most of 2021.

The TSA modified security checkpoint procedures around the country to reduce physical contact and help protect workers and passengers including installing 6,873 acrylic barriers at 384 airports.