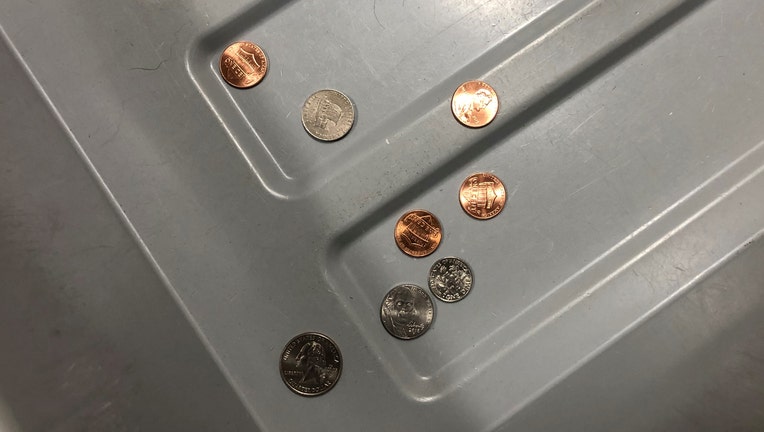 A quarter, a dime, two nickels, and four pennies left behind in a plastic bin at an airport checkpoint. (TSA photo)

NEW YORK - During the rush to get through airport security and make a flight, many passengers forget personal items — including laptops, cell phones, watches, and jackets — somewhere at security checkpoints. Travelers leave behind as many as 100,000 items at checkpoints each month, according to the Transportation Security Administration.

But one thing you may not pay that close attention to is the loose change you dump in the bin that goes through the X-ray machine. And that change adds up.

(The TSA's fiscal year ends Sept. 30, so the decrease is not related to the drop in travelers due to this year's coronavirus pandemic.)

The top U.S. airport for forgotten money was New York's John F. Kennedy Airport, where travelers left behind $98,110 in fiscal 2019, which is actually significantly up from the $72,392 left there in the prior fiscal year.

"When passengers approach the checkpoint, all items from pockets must be removed, including wallets and loose change," the agency said in a news release. "TSA recommends that travelers place those items directly into their carry-on bags so that they will not accidentally leave anything behind in a bin."

The TSA tries to reunite passengers with all items forgotten at checkpoints, including money. But if the cash remains unclaimed, the TSA — by law — is allowed to spend it on checkpoint maintenance, translation of checkpoint signage, the TSA Precheck program, and other aviation security needs.

"If someone returns to the checkpoint within a short timeframe to claim an item that they left behind, it is easily returned to them," the TSA said in a news release. "If a passenger leaves an item behind, such as a wallet, and does not realize it until after they board their flight, they can contact any of TSA's lost and found offices at airports across the country to identify the lost item. 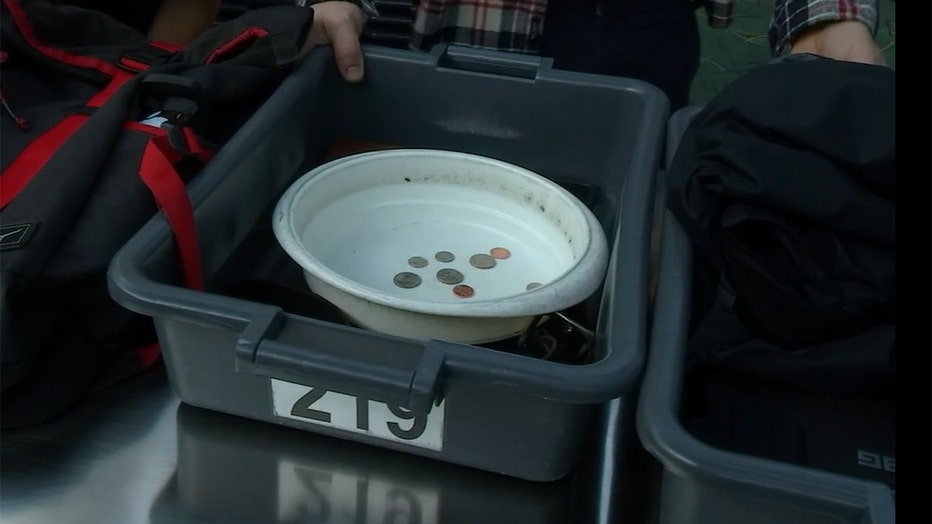 Coins in a bin. (TSA photo)