President Donald Trump ramped up his unprecedented rhetoric of baseless claims of election fraud as he continued calling for the results to be overturned.

Thousands of supporters of President Donald Trump are expected to descend upon Washington, D.C., this week to protest the congressional vote to affirm Joe Biden's election victory — and Trump himself is hinting that he might make some sort of appearance in a continuation of his remarkable and unprecedented effort to cling to power even after a decisive defeat in the presidential election.

Trump's supporters are planning to rally on Tuesday and Wednesday, seeking to bolster the president's unproven claims of widespread voter fraud. The president has supported similar rallies in recent weeks and voiced his approval of this week's plans.

Last month, Trump promised a "wild" protest on Jan. 6 and repeated his false claims that his loss in the election was "statistically impossible." Over the weekend, he retweeted a promotion for the rally with the message: "I will be there. Historic Day!"

ABC News reported that Trump plans to speak at a "Save America" rally near the White House but Fox News has not confirmed that.

D.C. Mayor Murial Bowser urged residents to stay away from the protests and not get involved.

"I am asking Washingtonians and those who live in the region to stay out of the downtown area on Tuesday and Wednesday and not to engage with demonstrators who come to our city seeking confrontation," Bowser said in a statement. "And we will do what we must to ensure all who attend remain peaceful." 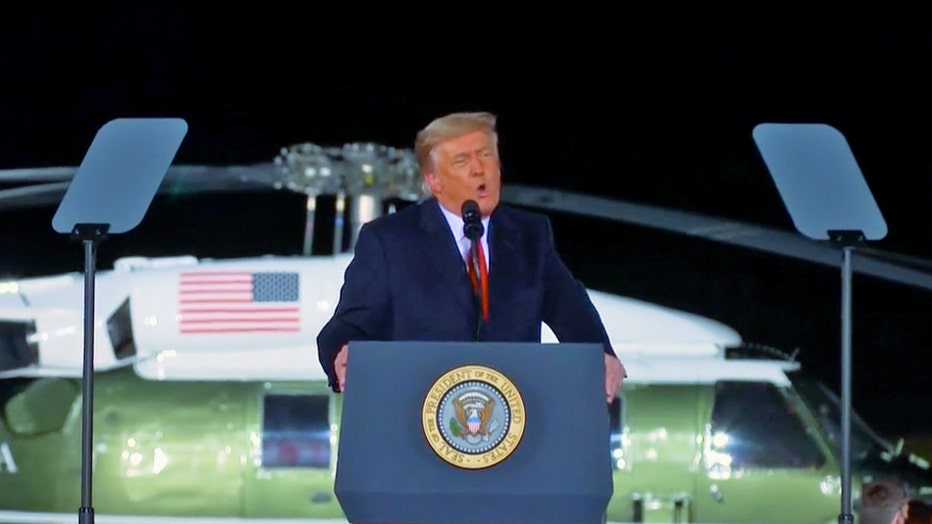 The mayor also pointed out that openly carrying firearms is illegal in D.C. and that the district does not recognize concealed weapons permits from other jurisdictions.

"We will not allow people to incite violence, intimidate our residents or cause destruction in our city," she warned.

D.C. Acting Police Chief Robert Contee said the police department is getting ready for the influx of protestors and the potential for unrest.

"Some of our intelligence certainly suggests there will be increased crowd sizes," Contee. "There are people intent on coming to our city armed."

National Guard service members are being deployed to help with traffic control and other tasks but will not be armed or wearing body armor.

At a November rally, which drew about 15,000 people, Trump staged a limousine drive-by past cheering crowds in Freedom Plaza, on the city's iconic Pennsylvania Avenue. And a December rally, which drew smaller numbers but a larger contingent of members of the right-wing Proud Boys, Trump's helicopter flew low over cheering crowds on the National Mall.

Confrontations and violence broke out at and in connection with these rallies.

"We know that historically over the last few demonstrations that [Black Lives Matter Plaza] has been a focal point," Contee said. "We want to make sure that that is not an issue." 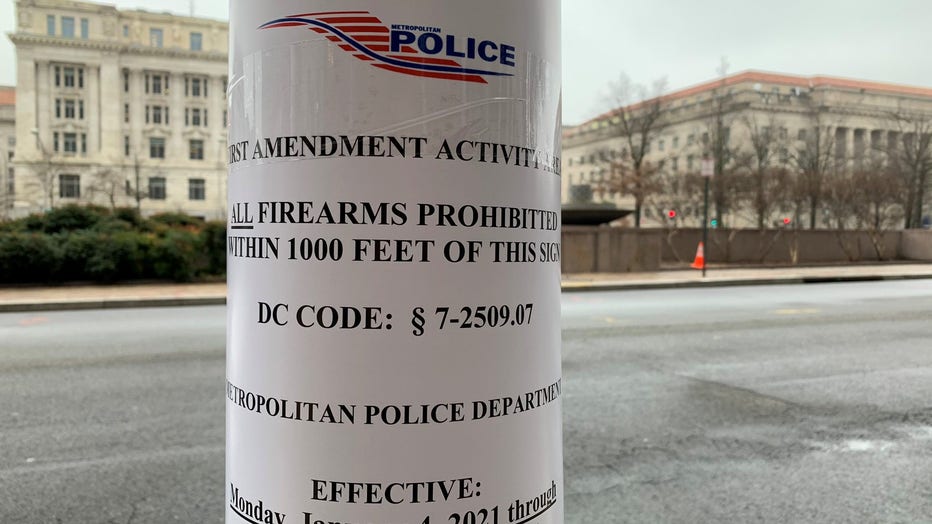 Members of the public and anyone attending the events are reminded that District law prohibits anyone from carrying a firearm within 1,000 feet of any First Amendment activity. Under federal law, it is illegal to possess firearms on the US Capitol grounds and on National Park Service areas, such as Freedom Plaza, the Ellipse, and the National Mall. Additionally, members of the public are reminded that the District of Columbia does not have reciprocity with other states’ concealed pistol licenses; unless a person has been issued a concealed pistol license by the District of Columbia, they cannot conceal carry a firearm in the city. Finally, it is illegal to open carry firearms in the District.

With The Associated Press and Fox News