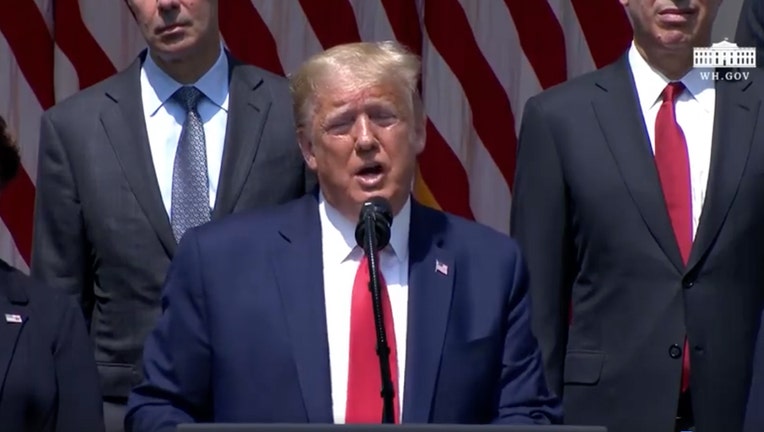 Trump mentioned equal justice under the law means everyone needs to receive fair treatment. He referenced Floyd, whose death in police custody has sparked protests across the world.

Trump is also calling an improving economy "the greatest thing that can happen for race relations" and the African American community.