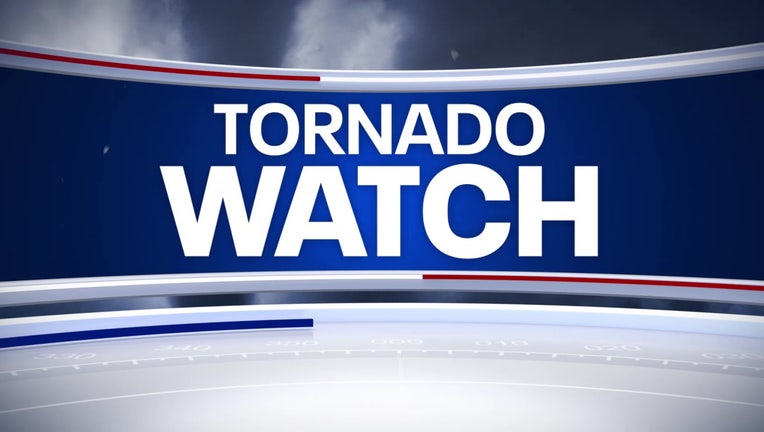 The watch was in effect until 6 p.m. on Monday but the NWS canceled the alert early. The watch meant the conditions could be favorable for the development of a tornado. It does not mean a tornado is imminent.

High Wind Warning was posted for much of the New York City region until 7 p.m. on Monday. Gusts of 60 to 70 mph are possible as a front moves through the area. Winds from the South could be sustained at 25 to 40 mph.

Authorities warned about damaging winds that could&nbsp;blow down power lines and trees, which did happen in several areas. The stormy weather&nbsp;led authorities to close&nbsp;several drive-thru coronavirus testing sites in the region.

Thousands of customers across the state lost power Monday due to winds knocking over trees and power poles. Monmouth and Ocean counties were among the hardest hit by power outages.

People should avoid being outside in forested areas and around trees and branches. If possible, remain in the lower levels of your home during the windstorm, and avoid windows. Use caution if you must drive.

The front also brought thunderstorms. Some areas had two inches of rain on Monday.