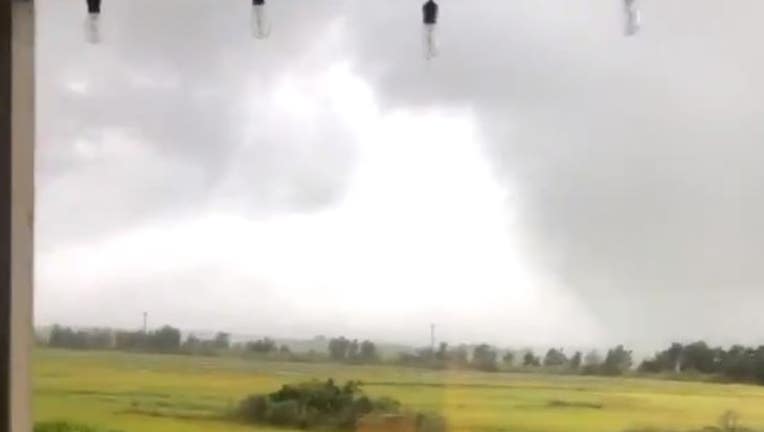 A state of emergency remained in effect and Gov. Phil Murphy said during a briefing the western part of the state would likely get the most rain while the strongest winds would hit the shore.

A trained spotter saw an apparent tornado in the Cape May County community of Strathmere, the National Weather Service said. There were no immediate reports of serious injuries or damage, although some trees were reportedly knocked down. The NWS confirmed tornado sightings in Virginia, Maryland and Delaware.

Video posted to Twitter showed what appeared to be the formation of a tornado. Twitter user Maddie Fisher wrote that the video was taken in southern Ocean City between 56th and 57th Streets.

Earlier in the day, the National Weather Service issued several tornado warnings in the southern portion of the state.

Tornado watches were in effect for all of the state, New York City and portions of Connecticut.

Tropical Storm Isaias slammed the tristate area on Tuesday. The storm knocked down trees and power lines in New Jersey, which caused more than a million customers to lose power. Reported by Dan Bowens