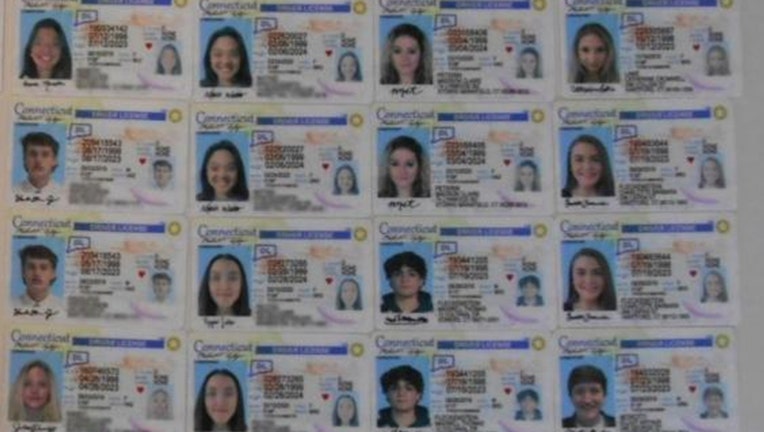 Fake IDs that were seized by customs officials are displayed.(CBP photo)

The U.S. Customs and Border Protection agency says that over 97% of all fake documents seized at the Port of Cincinnati originated in China and Hong Kong.

It was a similar situation in Chicago.   Federal customs officers seized 19,888 counterfeit U.S. driver's licenses at Chicago O'Hare International Airport in just the first half of 2020.

Officers found that the holographic stickers, laminates, and seals were often shipped with blank cards showing intent to manufacture fake credit cards and IDs to be sold on the black market. The shipments were headed to addresses throughout the United States.

"Fake documents are associated with identity theft, public benefit fraud, and human trafficking, and terrorists use them to evade travel screening measures," Cincinnati Port Director Richard Gillespie said.  "Our officers and specialists are trained to recognize fake identification documents and they are dedicated to protecting innocent civilians."

Last April, CBP said that customs officers at Dallas-Fort Worth Airport were seeing an increase in shipments of fake documents. Officers inspecting international shipments had found about 2,000 fake IDs in the prior year and a half.