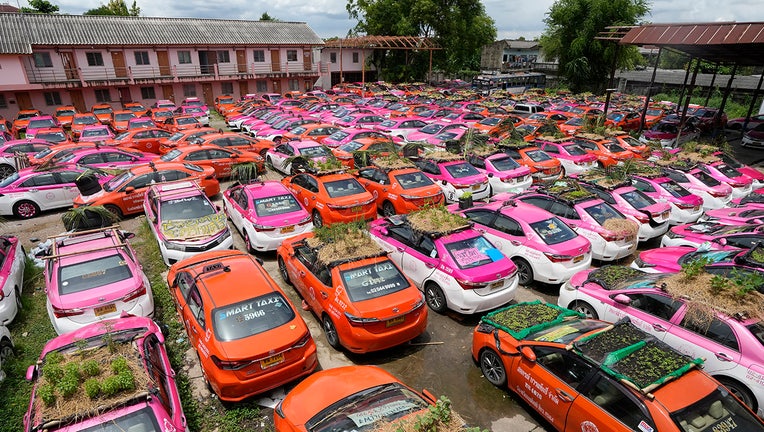 Miniature gardens sit on the rooftops of unused taxis parked in Bangkok, Thailand, Thursday, Sept. 16, 2021. Taxi fleets in Thailand are giving new meaning to the term rooftop garden as they utilize the roofs of cabs idled by the coronavirus crisis t

BANGKOK (AP) - Taxi fleets in Thailand are giving new meaning to the term "rooftop garden," as they utilize the roofs of cabs idled by the coronavirus crisis to serve as small vegetable plots.

Workers from two taxi cooperatives assembled the miniature gardens this week using black plastic garbage bags stretched across bamboo frames. On top, they added soil in which a variety of crops, including tomatoes, cucumbers and string beans, were planted.

The result looks more like an eye-grabbing art installation than a car park, and that's partly the point: to draw attention to the plight of taxi drivers and operators who have been badly hit by coronavirus lockdown measures.

The Ratchapruk and Bovorn Taxi cooperatives now have just 500 cars left plying Bangkok's streets, with 2,500 sitting idle at a number of city sites, according to 54-year-old executive Thapakorn Assawalertkul.

With the capital's streets deathly quiet until recently, there's been too much competition for too few fares, resulting in a fall in drivers' incomes. Many now can't afford the daily payments on the vehicles, even after the charge was halved to 300 baht ($9.09), Thapakorn said. So they have walked away, leaving the cars in long, silent rows. 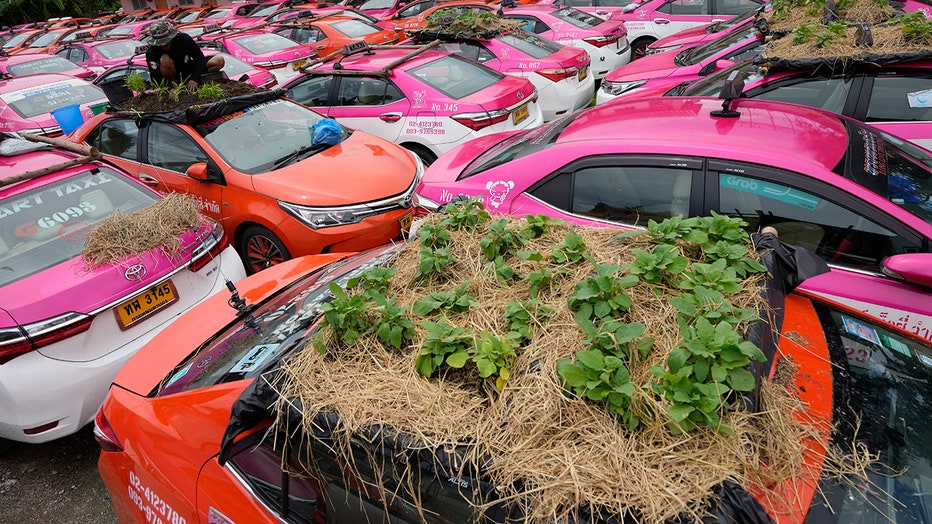 "Some left their cars at places like gas stations and called us to pick the cars up," he recalled.

With new surges of the virus this year, the cooperatives were "completely knocked out," as thousands of cars were given up by their drivers, he said.

Thailand's new infections have ranged just under 15,000 in recent days after peaking above 23,400 in mid-August. The government hopes the country is easing out of this wave, which has been the deadliest so far, accounting for 97% of Thailand's total cases and more than 99% of its deaths. In total, Thailand has confirmed 1.4 million cases and over 14,000 deaths.

The situation has left the taxi companies in financial peril, struggling to repay loans on the purchase of their fleets. Ratchapruk and Bovorn cooperatives owe around 2 billion baht ($60.8 million), Thapakorn said. The government has so far not offered any direct financial support. 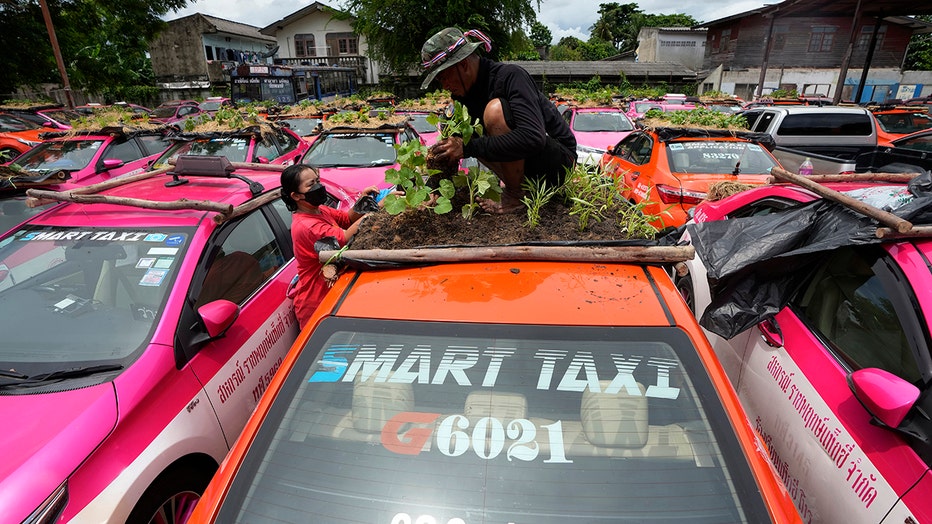 "If we don't have help soon, we will be in real trouble," he told The Associated Press on Thursday.

"The vegetable garden is both an act of protest and a way to feed my staff during this tough time," said Thapakorn. "Thailand went through political turmoil for many years, and a great flood in 2011, but business was never this terrible."