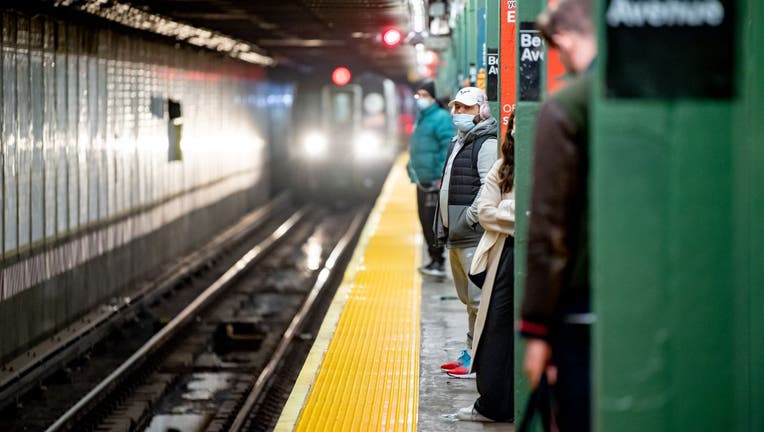 Commuters wait for the subway wearing masks at the Bedford station in Brooklyn. (Photo by Roy Rochlin/Getty Images)

NEW YORK - The MTA hit another major milestone in the reopening process as over two million New Yorkers took the subway, the first time that over 2 million trips were taken on the subway since the coronavirus pandemic began.

"Seeing more and more riders return to the subway system gives everyone in New York a sense of optimism, and hope -- it's a return to normalcy," said Sarah Feinberg, Interim President of New York City Transit. "I want to thank my NYC Transit colleagues who continue to work tirelessly to keep the system safe and clean as we welcome the city back."

The coronavirus pandemic dealt a major blow to mass transit in New York City, as ridership on the subway dropped to a low of roughly 300,000 in April 2020, down from a previous average of 5.5 million rides every weekday.

The MTA is still undertaking extensive cleaning and disinfecting protocols on its system, and officials say COVID-related measures will stay in effect for the foreseeable future. Subways will continue to remain closed between 2 and 4 a.m. for cleaning.