Isaias caused extensive damage to trees all over New Jersey. At one point, about 1.4 million PSEG customers were without power. Crews were working around the clock to remove trees from power lines, including along NJ Transit train tracks. Reported by Dan Bowens

TRENTON, N.J. - New Jersey was under a state of emergency Tuesday as Tropical Storm Isaias made its way up the coast after making landfall as a hurricane in North Carolina. Heavy rain and fierce winds gripped the state causing power outages.

The state's utilities were reporting more than a million homes and businesses were without electricity. Crews were staging to restore service once the worst of the weather had passed.

Gov. Phil Murphy issued the order, telling motorists no to be on roads unless "absolutely necessary." Murphy said all state offices were closed and nonessential state government workers were told to stay home.

A tropical storm warning and a tornado watch were issued for the entire state. The tornado watch expired. Several counties are under a flood warning.

GET THE FREE FOX5NY WEATHER APP

Tropical Storm Isaias slammed the tristate area on Tuesday. The storm knocked down trees and power lines in New Jersey, which caused more than a million customers to lose power. Reported by Dan Bowens

Weather forecasters predicted 45 to 55 mph winds with gusts to 70 mph. Those winds threaten to down trees and power lines.

The state also advised businesses to take down all temporary structures, including outdoor dining tents and umbrellas that were erected during the coronavirus pandemic.

The rainfall could cause flooding. 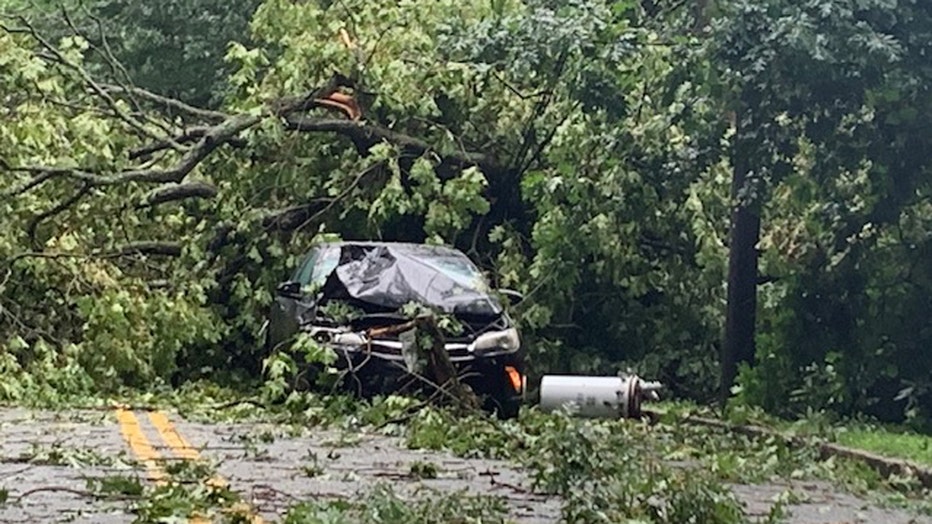 State of Emergency in effect in New Jersey

Do not head out on the roads unless you are an essential worker. Raegen Medgie reports.