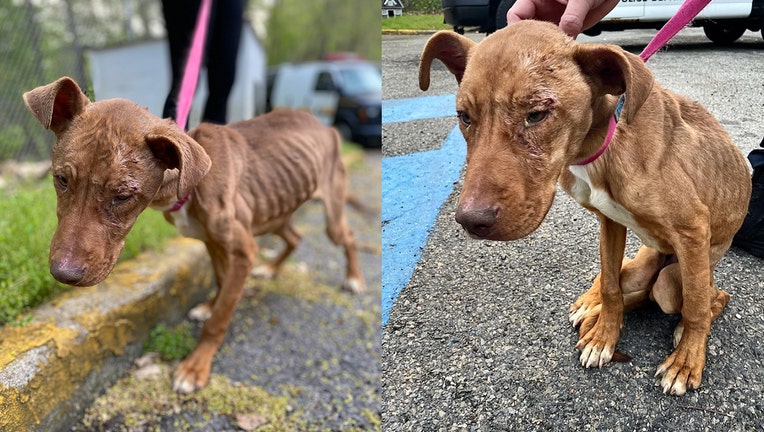 An emaciated pit bull puppy found abandoned in Paterson, New Jersey, is hopefully on the road to recovery and will be able to find a loving home.

Animal control found the dog on Tuesday evening. He was shaking, covered in feces and urine, and struggling to walk. Animal control contacted Ramapo-Bergen Animal Refuge Inc. and Jersey Pits Rescue for help.

They named the pup Fig.

"Both rescue organizations immediately rushed to Fig's rescue, bringing him to Fairfield Animal Emergency and Referral Associates for medical care and hospitalization," according to a news release.

Fig has been vomiting meat, brown liquid, and feces, according to the veterinary staff. X-rays show several bones in his intestines. That means Fig was facing starvation and probably ate whatever he could find, according to RBARI. Med staff have Fig on antibiotics and IV fluids and are monitoring him for an obstruction that could require surgery.

RBARI has taken in two severely emaciated young dogs in less than two weeks, according to executive director Megan Brinster, who called these cases "heartbreaking and horrifying." But she said these dogs often show their resilience as they fight to recover from starvation.

Emotional reunion between N.J. man and dog who saved his life

"Fig remains sweet and loving, seeking comfort in his rescuers and medical team," Brinster told FOX 5 NY. "While cases like these can make us think the worst of people, we chose to focus on the amazing outpouring of support we have received for Fig."

She said so many compassionate animal lovers in the community are willing to help support Fig's medical care and the group's mission.

"We also have a wonderful partner in this work, Jersey Pits Rescue, as it takes a community with a case like this," Brinster said. 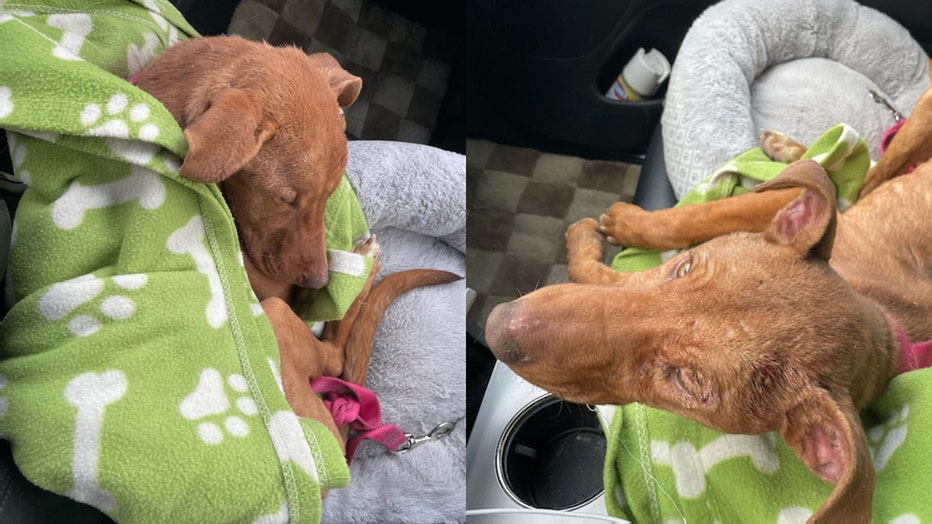 How You Can Help

If you would like to help with Fig's medical care, you can donate to RBARI, a no-kill shelter:

You can also support Jersey Pits Rescue, whose mission is to provide care to stray, abandoned, and surrendered pit bulls: