NASA, SpaceX Crew-4 astronauts successfully launched on a falcon 9 rocket from NASA's Kennedy Space Center in Cape Canaveral, FL for the fifth crewed flight to the ISS with NASA's commercial crew program. Crew-3 astronauts will pass the torch to them before returning to earth. According to SpaceX, the crew will conduct more than 200 science experiments to prepare for further human exploration.

SpaceX is one step closer to expanding the number of launches of its largest rocket at its Texas facility.

The Federal Aviation Administration on Monday said the private space company headed by Elon Musk would have to take more than 75 actions to mitigate environmental impacts from the proposed plan to launch the Starship/Super Heavy vehicle from Boca Chica, Texas.

Those measures would include actions to address impacts to fish, wildlife and plants in and around the site near the Gulf of Mexico. 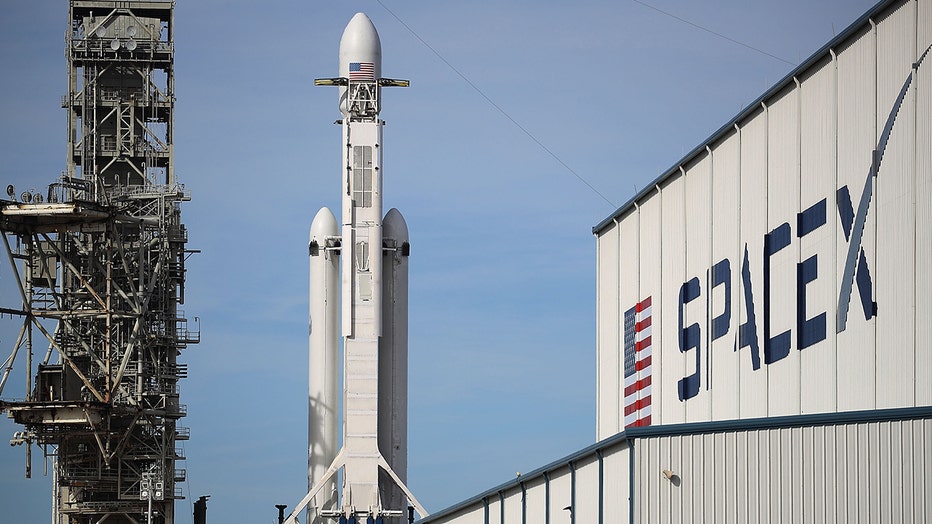 The SpaceX Falcon Heavy rocket sits on launch pad 39A at Kennedy Space Center as it is prepared for life-off (Credit: Joe Raedle/Getty Images)

The environmental review is only one step in the FAA's approval process, the agency said.

"SpaceX also must meet FAA safety, risk, and financial responsibility requirements before a license is issued for any launch activities," it said in a press release.

Some of the measures SpaceX would have to take include adjusting lighting at the launch site, removing debris from sensitive habitats, notifying nearby communities in advance about potential engine noise and sonic booms resulting from launches and monitoring by a qualified biologist.

SpaceX has previously said it would use the Starship for its most ambitious missions, including a potential trip to Mars.

In February, Musk said the rocket could reach orbits for less than $10 million per flight within two or three years, a fraction of the traditional cost to launch rockets into space.

Fox News has reached out to the company.

Find more updates on this story on FOXBusiness.com.