Thousands of passengers have been left stranded at airports after Southwest Airlines was forced to cancel thousands of flights throughout the weekend and into Monday. The weather and air traffic control issues have contributed to the cancellations, the airline said.

The Dallas-based airline has canceled 348 flights Monday and delayed another 303 flights, according to FlightAware, a website that tracks cancellations and delays.

The airline said in an emailed statement that it had experienced weather challenges in Florida at the beginning of the weekend, which was compounded by unexpected air traffic control issues in the same region. Those issues triggered delays and prompted significant cancellations for the airlines beginning Friday evening.

"We’ve continued diligent work throughout the weekend to reset our operation with a focus on getting aircraft and crews repositioned to take care of our customers," Southwest said in the statement. "With fewer frequencies between cities in our current schedule, recovering during operational challenges is more difficult and prolonged." 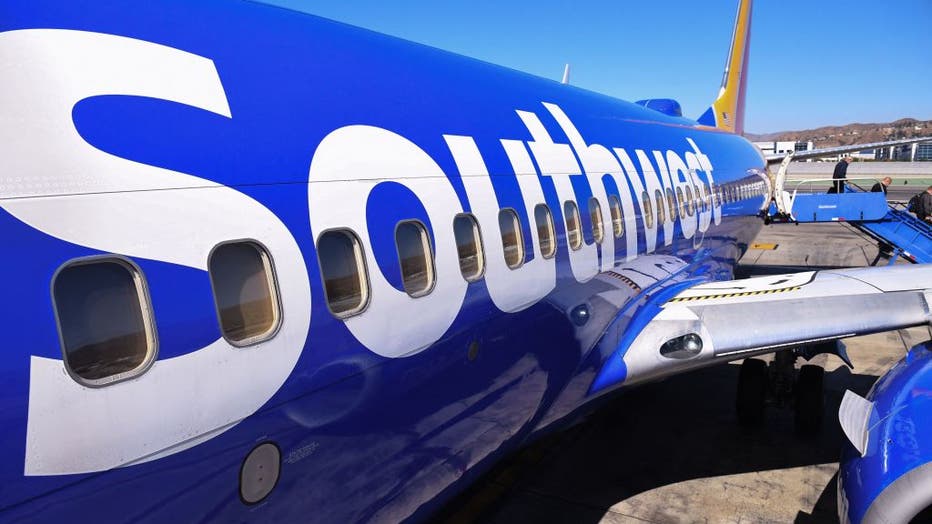 "No FAA air traffic staffing shortages have been reported since Friday," an FAA spokesperson said in a Sunday statement. "Flight delays and cancellations occurred for a few hours Friday afternoon due to widespread severe weather, military training and limited staffing in one area of the Jacksonville Air Route Traffic Control Center."

"Some airlines continue to experience scheduling challenges due to aircraft and crews being out of place. Please contact the airlines for details about current flight schedules," the spokesperson added.

RELATED: Southwest Airlines, FAA differ over cause for cancellations

Southwest said it was allowing customers to explore self-service rebooking options on Southwest.com, where they can receive updates on the status of their travel.

Henry H. Harteveldt, a president and travel industry analyst at The Atmosphere Research Group, based in San Francisco, pointed to other causes for the cancellations.

Harteveldt claimed Southwest has scheduled more flights than it can handle, a problem that started in June. He also noted that Southwest operates what’s known as a point-to-point route network, and when a delay occurs, it "cascades" down to the remaining flight segments. That’s because, for example, a Southwest flight departing Fort Lauderdale, Florida, for the airline’s home base of Dallas may make multiple stops along the way.

But Harteveltd added that the most troubling reason is the likelihood that some pilots who oppose Southwest’s decision to mandate COVID-19 vaccinations are participating in an illegal job action where they call in sick or are engaging in a "work slowdown."

"SWAPA is aware of operational difficulties affecting Southwest Airlines today due to a number of issues, but we can say with confidence that our pilots are not participating in any official or unofficial job actions," it said.

"All of this is happening as people are in the midst of booking their Thanksgiving and Christmas/New Year holiday travel," he said. "It’s very possible that some people who might normally book on Southwest may see this news and choose to fly other airlines."

Southwest has struggled all summer with high numbers of delayed and canceled flights. In August, it announced it was trimming its September schedule by 27 flights a day, or less than 1%, and 162 flights a day, or 4.5% of the schedule, from early October through Nov. 5.

The White House has pushed airlines to adopt vaccine mandates because they are federal contractors — they get paid by the Defense Department to operate flights, including those that carried Afghanistan refugees to the U.S. this summer.

United Airlines was the first major U.S. carrier to announce a vaccination requirement. Southwest had remained silent even after President Joe Biden announced his order for federal contractors and large employers. Finally last week, Southwest told employees they must be fully vaccinated by Dec. 8 to keep their jobs. Workers can ask to skip the shots for medical or religious reasons.