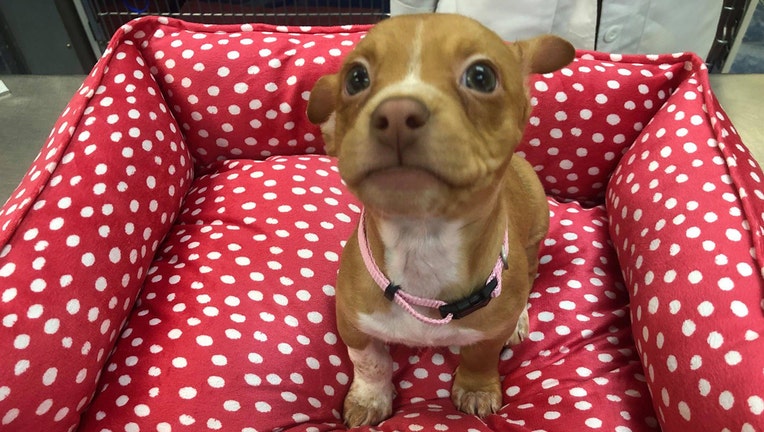 An 8-week-old pit bull mix is doing well after being thrown from a car. (Suffolk County SPCA)

RIVERHEAD, N.Y. - Authorities on Long Island are trying to track down the heartless person who threw an 8-week-old puppy out the window of a moving vehicle this week.

A witness to the horrific act of animal cruelty called the Suffolk County SPCA, which responded to Route 25 near Calverton Cemetery in Riverhead on Dec. 11 to rescue the pit bull mix.

The witness said the puppy was thrown from the window of a dark-colored SUV with New York plates. The SUV was heading eastbound on Route 25. The first three characters on the plate are "TZR," the witness told the Suffolk County SPCA.

The puppy was taken to an animal hospital in Riverhead to be cared for.

The Suffolk County SPCA pledged $2,000 and the New York State Humane Association pledged $1,000 for a reward for information leading to the arrest and conviction of whoever did this.

If you recognize this dog or have any information, you can call the Suffolk County SPCA at 631-372-7722. 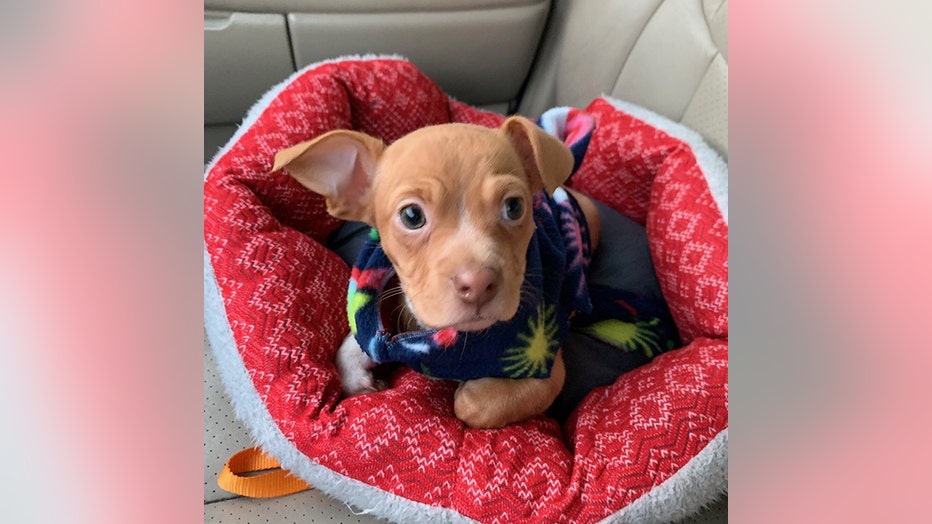 An 8-week-old pit bull mix is doing well after being thrown from a car. (Suffolk County SPCA)