ST. HUBERTS, N.Y. (AP) - Nick and Matthew Golebiewski climbed to the summit of Gothics mountain in the Adirondacks with packs, water, good boots, and a new must-have item: advanced reservations.

The free reservation system went online recently to handle the fast-growing number of visitors to the privately owned Adirondack Mountain Reserve. Similar management systems are in place this summer season for outdoor attractions from Maui to Maine, typically in response to the pandemic or to crowds that were surging even before lockdowns inspired more wilderness visits.

Trails elsewhere in New York's 6 million-acre Adirondack Park remain reservation-free. But hikers through the reserve like the Golebiewski brothers are now checked in by staff in the parking lot and at the trailhead.

The reservation system offers a trade-off to visitors, sacrificing spontaneity and ease of access for benefits like a guaranteed parking spot and more elbow room in the woods.

"I've been avoiding a lot of the High Peaks for years now because they've been so overcrowded, just been doing other trails," said Matthew Golebiewski at the mountain on a recent sunny Saturday. "And so it's nice that I have a guaranteed spot and we can do to hike today and no stress."

Outdoor reservation systems are not new, especially for camping spots. But they are popping up more as parks brace for a busy summer now that the coronavirus pandemic is waning in the U.S. and more restrictions are being lifted. 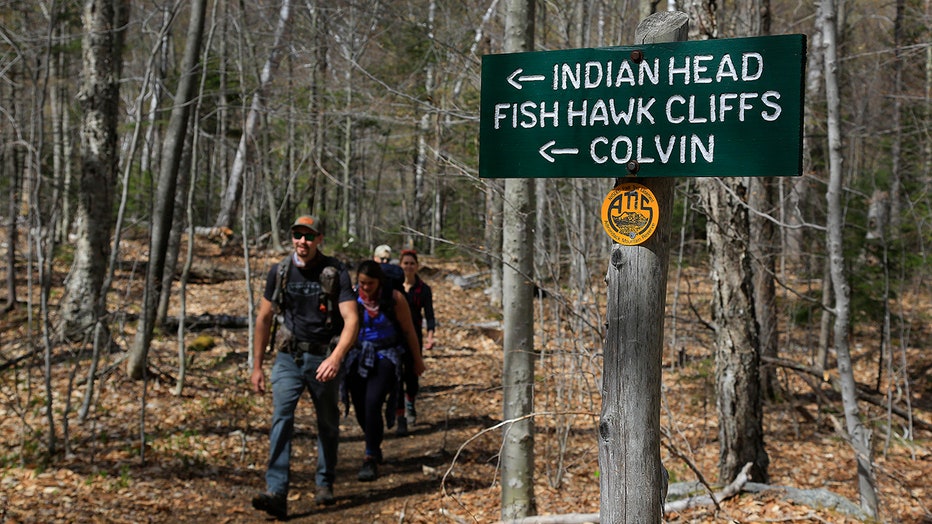 Hikers walk along the trail from Indian Head summit inside the Adirondack Mountain Reserve, Saturday, May 15, 2021, near St. Huberts, N.Y. (AP Photo/Julie Jacobson)

In Maine, Acadia National Park on Wednesday began requiring a $6 reservation for vehicles heading up on Cadillac Summit Road, an extremely popular perch to watch the sunrise. The move, part of a larger park transportation plan, was designed to cut down on traffic backups, said park spokesperson Christie Anastasia.

In the Adirondacks, Shanzeh Farooqui said her group of friends initially couldn't get a reservation for a hike to a popular overlook called Indian Head on their preferred Saturday this month. But they eventually were able to grab a canceled spot and her friends enjoyed the panoramic views on their preferred day.

"It's a little more difficult," Farooqui said on the precipice, "but if that's what we need to do to preserve the land, then it's not too cumbersome."

Advocates say the inconvenience is outweighed by the need to protect the wilderness from overuse. Though the day-use reservation system at Yosemite National Park was enacted because of the pandemic, it has helped solve congestion problems that have plagued the attraction, said Neal Desai, a senior program director with the National Parks Conservation Association.

"We need people's experience to match their expectations, and there's a massive disconnect right now," said Desai, who advocates for Yosemite. "People think they're getting nature and beautiful trails and instead they're inhaling car exhaust for hours and finding trails and facilities overcrowded." 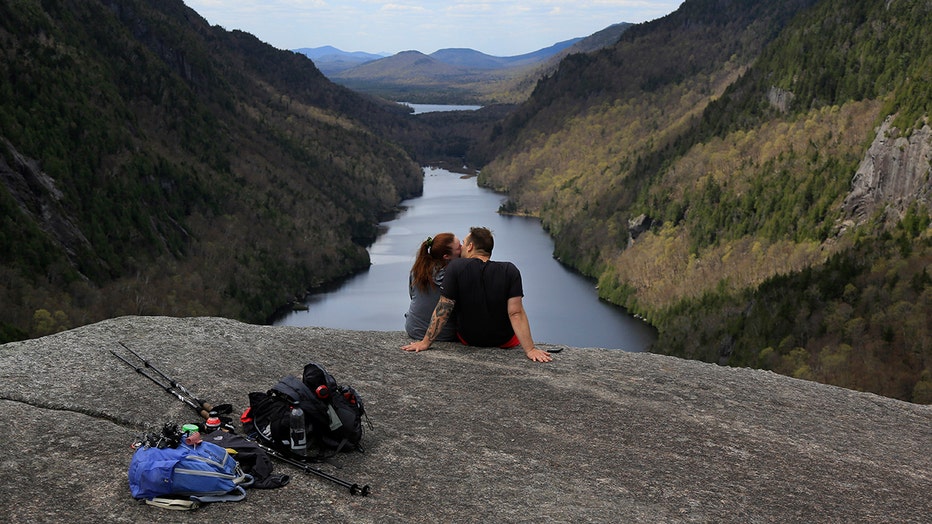 Sidney Gleason, left, and Joe Gorsuch, both of Syracuse, kiss while taking in the view of Lower Ausable Lake at Indian Head summit inside the Adirondack Mountain Reserve, Saturday, May 15, 2021, near St. Huberts, N.Y. (AP Photo/Julie Jacobson)

The number of Americans who hiked last year increased by 8.1 million, the largest one-year gain on record, according to the Outdoor Foundation, the philanthropic arm of the Outdoor Industry Association.

National park visits dropped precipitously last year amid pandemic-related park closures and restrictions. But the drop followed years of high use and crowds are expected back in force this year.

"We expect that there will be significant increases in visitation at many parks as COVID mitigation measures are reduced, vaccination rates rise, and Americans increase their travel," National Parks Service deputy director for operations Shawn Benge told a Senate committee Wednesday.

The parks service on Thursday launched its #PlanLikeARanger campaign, which encourages advanced planning.

At the private Adirondack Mountain Reserve, the number of registered hikers surged from 16,500 in 2014 to 29,100 last year, general manager John Schuler said.

The 7,000-acre reserve, exclusive Ausable Club, is private land accessible to the public under a longstanding easement. 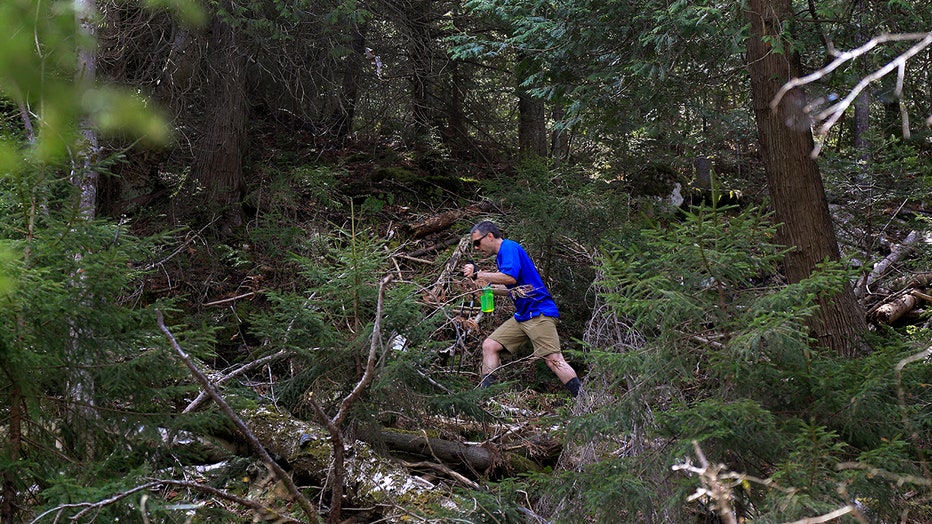 The three-year pilot reservation system, announced by the reserve and the state in March, is designed both to protect natural resources and for public safety. State officials hope the managed entry will reduce illegal roadside parking.

"It's a plan to help improve accessibility for parking in a fair and equitable manner for all levels of hikers," Schuler said, "whether it's entry-level day hikers, overnight hikers, peak baggers."

State Department of Environmental Conservation officials who signed off on the reservation system said they have no plans now to expand it to publicly owned lots and trailheads, despite overcrowding worries.

"We have always said that we would consider permits a tool of last resort," said Deputy Commissioner of Natural Resources Katie Petronis.