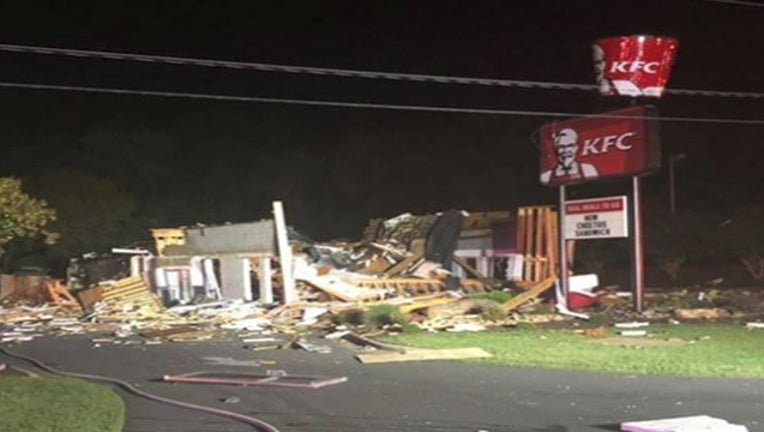 EDEN, N.C. (AP) - North Carolina police say nobody was inside a KFC restaurant when it was destroyed in an overnight explosion.

Police responded to the blast in Eden, North Carolina, around 1 a.m. Thursday. Eden Police photos show the collapsed building with debris scattered on the road and throughout the parking lot. Just the KFC sign was left untouched.

Investigators say they believe nobody was inside at the time. Police haven't said what may have caused the explosion.

Eden police posted that all lanes of Highway 14 around the restaurant will be closed for an extended period as they investigate.