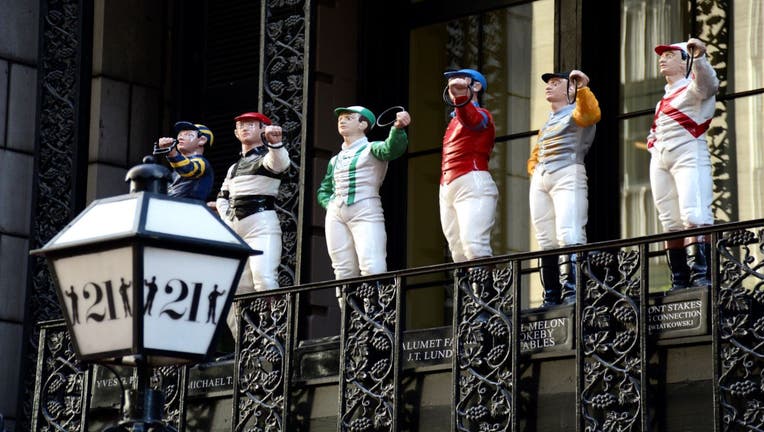 NEW YORK (AP) - The storied 21 Club in midtown Manhattan, a favorite of celebrities and the power elite for nine decades, is closing indefinitely due to the coronavirus pandemic, but the owners are optimistic about reopening at some point.

The restaurant's owners filed notice about the closing with the city on Wednesday, saying all 148 employees will be terminated on March 9.

The news comes as indoor dining at New York City restaurants will be banned again starting Monday in an effort to halt a resurgence of the virus, but takeout and outdoor dining will still be allowed.

“At this early stage, we are not ready to announce any final concept or timeframe," a statement by the restaurant said. "But the vision is that 21 Club will always remain an important social and cultural hub and icon of New York, one that is well positioned to fulfill its role in the City’s exciting future when the time comes.”

The restaurant has been closed since last March during the first wave of the pandemic, as indoor dining was prohibited.

The 21 Club was a favorite dining place of presidents since Franklin D. Roosevelt's day. Shortly after the 2016 election, then-President-elect Donald Trump broke protocol by leaving his Trump Tower residence without taking along his press contingent to eat at the restaurant.

John Steinbeck, Ernest Hemingway and Frank Sinatra had favorite tables at 21, and Humphrey Bogart proposed to Lauren Bacall there. It appeared in films ranging from the 1950 Bette Davis classic “All About Eve” to 1987's “Wall Street.”